meta Raised on a Dairy Farm, Elle Purrier smashes American indoor mile record :: The Bullvine - The Dairy Information You Want To Know When You Need It

The Vermont native pulled off a stunning performance at the 113th Millrose Games, smashing the American record in the indoor mile with a furious kick to capture the event in 4 minutes, 16.85 seconds.

Purrier lowered Mary Slaney’s 37-year-old national record by nearly four seconds while her 4:16.85 is the world’s second-fastest time in history, according to NBC Sports.

Ethiopian Genzebe Dibaba owns the world’s fastest women’s indoor mile time, a 4:13.31 effort from 2016.Germany’s Konstanze Klosterhalfen was second (4:17.26) while the next American to finish was Nikki Hiltz, who placed fifth.

In third place at the bell lap, Purrier quickly moved into second and then out-kicked Klosterhalfen in the final straightway to seize the historic victory. Purrier also established a meet record at the storied competition held at The Armory in New York City. 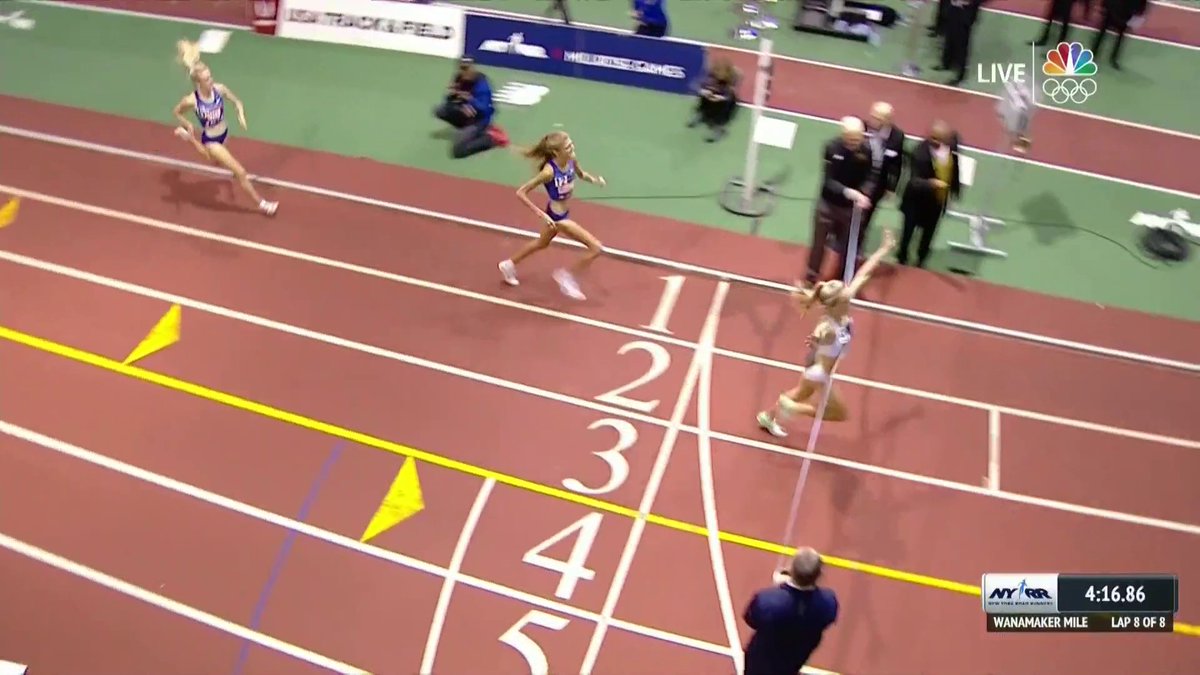 Since signing with New Balance in 2018, Purrier has been ascendent as a professional. She made the U.S. national team for last summer’s IAAF world track and field championships in Qatar, where she qualified for the 5K final and placed 15th.

Prior to turning pro, Purrier wrapped a decorated collegiate career in 2018 at the University of New Hampshire, where she captured the NCAA indoor mile as a senior, earned 11 All-American honors and claimed 16 conference titles.

Raised on a dairy farm in Montgomery, Purrier was a record-setting champion for Richford High School.