meta Perception of dairy farming a long way from reality :: The Bullvine - The Dairy Information You Want To Know When You Need It

Perception of dairy farming a long way from reality 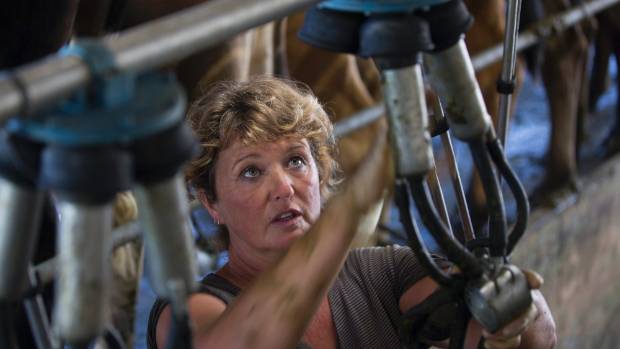 OPINION: If New Zealanders do not want dairy farming why don’t they just say so?

Some people have it in their heads the dairy industry is filled with over-stocked, chemical-laden, corporate-owned farms, being run by ill-treated migrant workers, where the effluent runs willy-nilly into streams and the milk is collected by a faceless corporation and adulterated in a factory until virtually undrinkable and sold to the public at extortionate prices.

I am fairly closely associated with the New Zealand dairy industry and have been for a long time and in my experience, nothing like the above fictional farm exists or will exist.

I have been on literally hundreds of farms for discussion groups over the years and by and large most of them are run by normal, conscientious, environmentally aware, hardworking families who are just milking cows so they can get by.

The farm I am on has been in dairy for many generations over the last century. The soil is not degraded, the water ways are clean: the farm water and drinking water is drawn from the stream on farm, there are pockets of natural bush and trees incorporated in the landscape and happy, healthy cows graze contentedly year after year after year.

This farm has been subjected to fertiliser application at varying rates over the years, the soil is still healthy, the grass and other plants grow.

In my eyes, this farm is a good example of a sustainable business and even better it provides enough food to feed at least 4000 people one litre of milk a day.

I am not asking to become a hero, I am just doing my job which I enjoy on many levels, but I do object to being the villain, because I am not. What job would you prefer me to be doing?

The government is talking about slowly easing agriculture into the Emissions Trading Scheme. This means they are trying to punish us for producing healthy food by taking money away.

This is under the pretence that somehow taking money off farmers in New Zealand is going to stop anthropogenic climate change.

All that slowly taking money off farmers is going to do is slowly put farmers out of business, something that other things such as the weather, exchange rates, terms of trade (tariffs), interest rates, other taxes, regional council regulations, health and safety, employment laws, falling off motor bikes and wild bull attacks are already doing.

And when the farmers are slowly and painfully put out of business and there are food shortages and people are dying of hunger and the productive land is built on where cities collapse, then what? Will they say damn those dairy farmers couldn’t manage their money so they went out of business?

Fonterra has just taken two big hits – one $183 million dollar lawsuit with Danone and recently getting dragged down with their business association with Chinese business partner Beingmate.

Your guess is as good as mine whether they have enough money in their coffers to manage these crises. God knows as a supplier I have not seen too much of their cash lately.

So if you are thinking good, hope Fonterra does go down, then shame on you because I do not think you have thought it through properly.

You know I would rather the government just said – we don’t want you dairy farming any more, then I would go and do something else.

But as it is I feel like they are just going to slowly bankrupt me by picking away until I have nothing left.