meta Pedigree Analysis of 2018 National Holstein Show Winners Now Online :: The Bullvine - The Dairy Information You Want To Know When You Need It 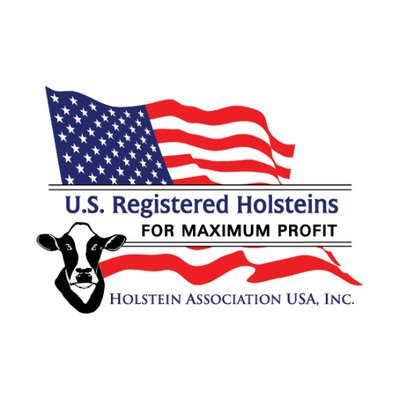 Holstein Association USA has released its annual Pedigree Analysis of National Holstein Show winners. These lists provide a picture of the genetics behind the cattle receiving showring accolades at the highest levels of competition.

The Pedigree Analysis is updated each fall, following the last National Holstein Show of the year. Included are lists of Leading Sires, Leading Maternal Grandsires, and Leading Sire Stacks of National Show Winners. Each category features separate lists for heifers and cows, along with an overall list. In addition, viewers will find other interesting information, such as the average classification score for each class and historical data from previous years.

Holstein females included in the analysis were those that placed in the top three in their respective age class at a National Holstein Show in 2018, which included a total of 200 different heifers and 263 different cows.

Val-Bisson Doorman-ET claimed the title of Overall Leading Sire for the 2018 National Holstein Show winners, siring 75 daughters who placed in the top three of their classes. He was also number one on the heifer list, with a total of 47 heifers.

To view the complete Pedigree Analysis, check under the Popular Lists section on the Holstein Association USA homepage, or go directly to www.holsteinusa.com/shows/pedanalysis_show_winners.html.

The Association, headquartered in Brattleboro, Vt., maintains the records for Registered Holsteins® and represents approximately 30,000 members throughout the United States,