meta Payments to dairy farmers have dropped even as retail milk prices rise :: The Bullvine - The Dairy Information You Want To Know When You Need It 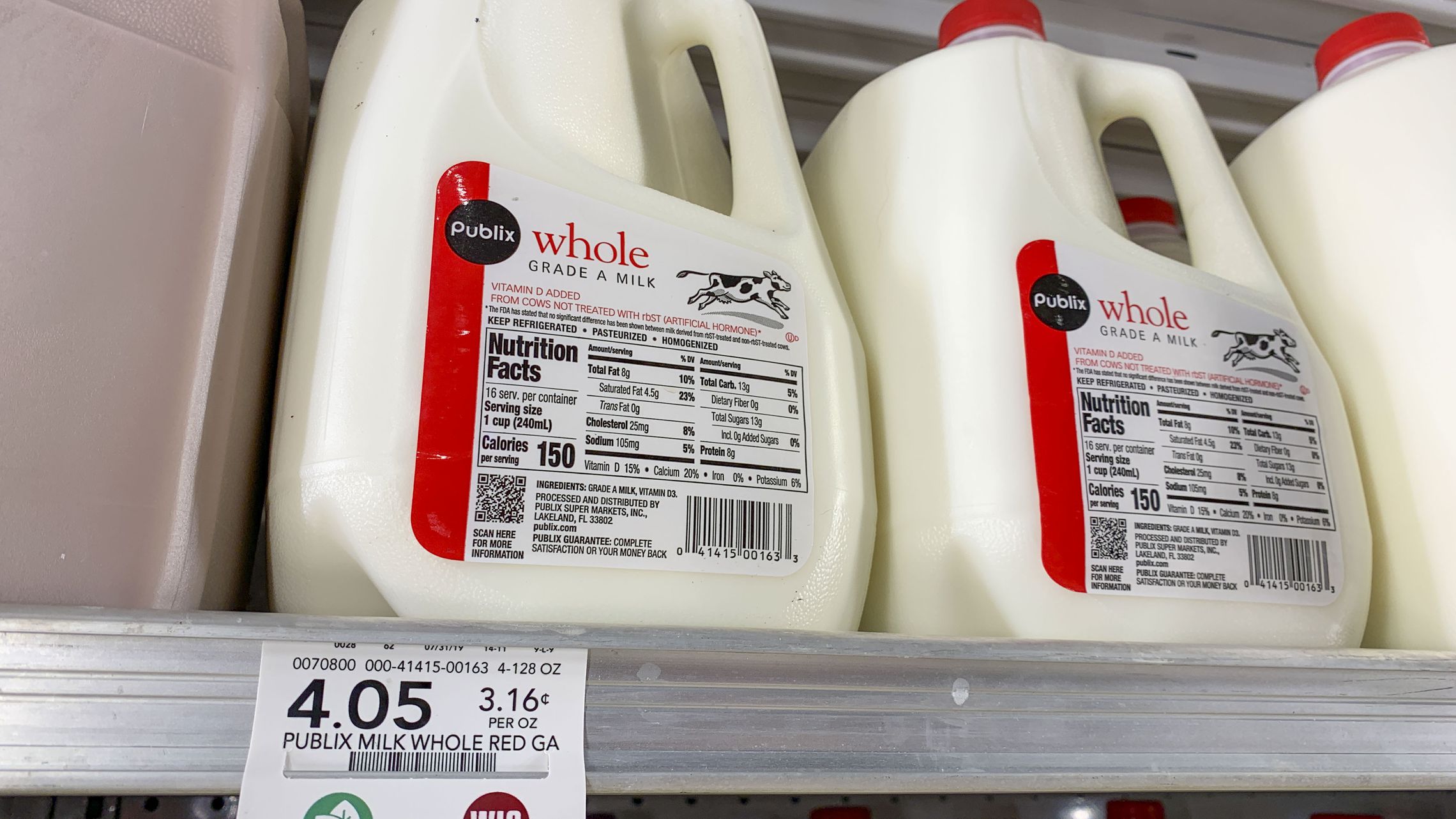 The coronavirus pandemic has been especially unkind to the already staggering dairy industry.

Plunging demand from restaurants and schools and an inability to quickly shift processing to meet new categories of demand has left farmers dumping milk on a massive scale.

But at least milk prices are going up, right?

“The price consumers pay at retail for a gallon of milk has gone up 7.5% since this time last year,” Pennsylvania farmer Greg Hemsarth said in a May 2, 2020, post that was shared more than 3,500 times. “The price farmers are paid has dropped 23%. Figure that one out.”

This post was flagged as part of Facebook’s efforts to combat false news and misinformation on its News Feed. (Read more about our partnership with Facebook).

Are farmers really getting paid less even as retail milk prices go up?

Let’s dive into the data behind this dairy dichotomy.

For starters, connecting any pair of dots to explain milk pricing is tricky.

This post referenced liquid milk prices, but only 30% of the milk produced in the U.S. is actually sold in liquid form, said Michael Nepveux, an economist with the American Farm Bureau Federation.

“While we may see fluid milk flying off grocery shelves and wonder why farmers are having to dump milk, it must be remembered that many of these other products rely heavily on the foodservice and restaurant sector,” he said.

And farmer’s pricing is part of a system that is complex to say the least.

RELATED: Are bottling limitations on liquid milk to blame for milk dumping?

Nepveux spent nearly 2,000 words and a handful of charts detailing how pricing works in a primer the Farm Bureauposted in June 2019. It started this way: “There’s an old adage in the dairy industry that ‘only five people in the world know how milk is priced in the U.S. – and four of them are dead.’”

Milk payments to farmers are influenced by commodity prices, geography and whether the milk is being used for liquid sales, yogurt, cheese, butter, etc.

We started with Hemsarth himself.

Though the numbers in the post are stated generally, he told PolitiFact Wisconsin he was actually referring only to his own observations. Hemsarth was comparing the price of milk at a grocer in Bloomsburg, Penn., to a picture he took of the milk case a year prior. And he was looking at payments he received for milk he sold compared to a year ago.

Given the generic wording and wide sharing of this post, most readers likely assumed it referenced some broader dataset, at either the state or national level.

So let’s check those datapoints.

National data shows the trend Hemsarth highlighted isn’t confined to his corner of the world. Prices paid to farmers have dropped even as retail prices rose.

Data provided by Dairy Management Inc., a group funded by farmers to help increase sales of dairy products, shows a nearly identical comparison. They reported a national average of $3.11 as of mid-April, compared to $2.83 a year prior. That’s an increase of 9.9 percent.

A state-level breakdown showed a year-over-year increase in all but one state. The largest jump was in Ohio — more than 28 percent. Pennsylvania prices increased 9.5 percent.

So, on that part of the equation, the post was in the ballpark — actually understating the magnitude of the retail increase nationally.

On the farm payment side, Hemsarth reported a milk payment drop of 23 percent.

The Farm Bureau, using U.S. Department of Agriculture data, reported a 21.1 percent drop in the price paid to farmers in May 2020 compared to May 2019. Nepveux said that is based on Class 1 fluid milk, the highest valued class of milk.

A month earlier, in April, farmers were seeing payments 5.6 percent higher than the year prior. May is the first month where 2020 was lower than that month in 2019, though prices have fallen each month since December.

May milk prices dropped because the formula relies heavily on commodity prices, and those dropped sharply in April, Nepveux said.

A viral Facebook post said retail milk prices are up 7.5 percent from last year while the price paid to farmers dropped 23 percent.

The farmer who provided these numbers was just referencing payments for the milk he sold and prices at a local grocer, but the trends are in line with what we see nationally.

Nationwide, retail milk prices in April were up nearly 10 percent from the prior year, while the price paid to farmers dropped sharply in May to about 21 percent below the prior year.

The comparison oversimplifies things a bit, since the majority of milk produced in the United States isn’t sold in liquid form. And the specific numbers aren’t exactly right. But the general point is.

We rate this Mostly True.