meta Once-a-day milking has massive benefits :: The Bullvine - The Dairy Information You Want To Know When You Need It 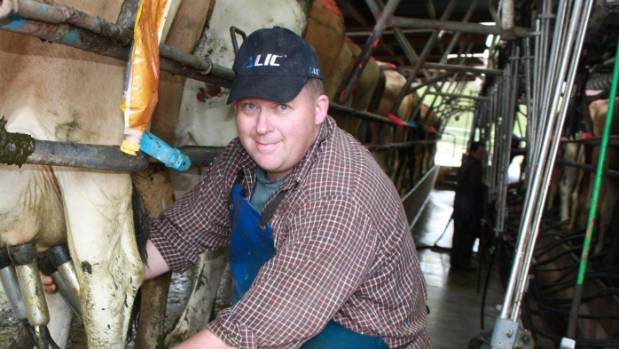 Putaruru dairy farmer Gray Baldwin is in his fourth season milking once a day. The system has lowered his on-farm costs and the slight hit in production has been offset by the flatter seasonal production curve.

When Gray Baldwin switched to once-a-day milking four years ago, people told him he was crazy.

Fonterra’s milk forecast was at a record $8.40/kg milk solids and dairy farmers were looking to capitalise on the payout by increasing their production.

Then the outlook changed. The falling milk price combined with consistently dry summers has seen many farmers seriously looking at OAD to help mitigate costs and expected feed shortages. 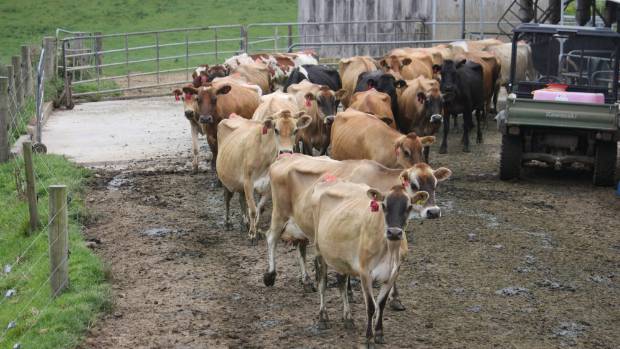 Many who scoffed at Gray’s decision now seek his advice about switching to OAD milking.

He found the first year was the hardest and he said farmers had to be prepared for a production hit. His 290ha farm near Putaruru typically milks 228,000kg MS a season and the switch to OAD along with the effects of drought saw production drop to 160,000kg MS.

The result taught him a huge lesson about the importance of genetics in OAD milking. 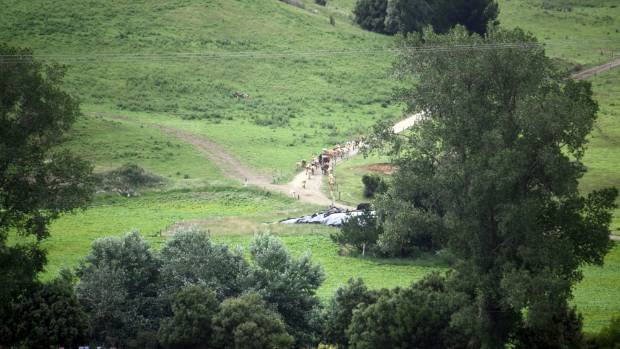 Having the cows walking along the race only once a day meant less effluent runoff from the race. It also reduced wear and tear on the race and lameness among the herd.

He discovered through herd testing about 10-15 per cent of his 775-cow herd could not handle being milked OAD. These cows either went dry or had very low milk production before Christmas.

Instead of feed being turned into milk, it went onto the back of the cow.

“They get a fat backside. The technical term is that they are partitioning their energy into liveweight gain rather than lactation,” he said.

Even in the past two seasons, a minority in the herd brought in as replacements continued this trend.

Jersey cows make up the bulk of his herd. He believes the breed is better suited for OAD milking because their milk concentration in the udder is higher.

A jersey cow had concentrated milk which could fit in her udder, he said.

He  inseminates the herd using 100 per cent jersey and short gestation genetics. He does not use bulls.

Farmers considering switching to OAD should firstly learn as much as possible before making a decision. DairyNZ ran a OAD discussion group in Waikato and had a lot of information on OAD milking, he said.

He also advised farmers to think about their genetics. LIC, of which Baldwin is a director, has a OAD selection index among its semen catalogue.

A friesian herd carried a high risk if it switched to OAD, but it was a “no-brainer” for kiwicross or jersey herds, he said.

He also supported the option of running heifers on OAD while keeping the older cows on twice a day milking.

“The most important thing with heifers is to get them back in calf and if you milk them OAD they will retain body condition, they will cycle and you will get them in calf.”

For farmers new to OAD, the biggest hurdle was mental. Twice-a-day milking was the farming convention and many switched to OAD after Christmas but ran into problems with mastitis.

Gray said he had found no such issues because he milked his herd once a day from the start of the season. This allowed the cows to adjust and meant there were no mastitis issues.

The somatic cell count across his herd averaged 180,000, which was mid-range considering Fonterra penalised its farmers when it exceeded 400,000.

“The key there is that you have to have an all-year OAD system. What happens is that a lot of people milk twice a day until after Christmas and then put the cows on OAD. It’s a completely different ball game. The cow’s udder is not used to OAD and it bulges out and the cows start getting somatic cells.”

He shifted to OAD four years ago when his sharemilker moved on and he was forced to buy a new herd. He and wife Marilyn had also bought more land, increasing the farm size and potential herd size from 660 to 775 cows.

Milking OAD meant he could milk the extra cows in the existing 42-aside herringbone shed, so he did not have to build a larger milking shed.

The additional land is a 480ha forestry block that is being converted to pasture or cropping land over the next five years. Currently, 120ha of this block has been converted and is planted in kale to feed to the herd after the cows are dried off on May 31.

Once this extra land is available, Gray plans to milk 1200 cows OAD and utilise the whole of the forestry block to grow winter feed and supplementary feed crops.

This would see half the herd milked in the morning and the rest in the evening in the same shed.

The cows are run as two herds. Milking begins at 5:30am and finishes about 9:30am. It is slightly longer than a twice-a-day system using a larger shed, but his staff have to milk only in the morning.

The extra land gives his farm a narrow shape, with the furthest paddock from the shed being 3.5km and an average walking distance for the herd around 1.5km. OAD milking means the herd has to walk to the cow shed only in the morning when it is cooler.

Having the cows in the yards and walking along the race only once a day also means less effluent to pump and less effluent runoff from the race. It reduces wear and tear on the race and lameness in the herd.

The cows also coped better in the heat of the summer and are happier out in the paddock in the summer afternoon rather than walking to the shed, he said.

It meant he had to tweak his pasture management. In the spring he operates on a 21-day round and the cows return to a paddock after morning milking and are then shifted onto a fresh paddock late in the afternoon.

“OAD is not a code for less feeding. You still have to pump feed into cows like you always would.”

On average, his production is about 10 per cent less than it would be if he milked his herd twice a day.

That loss occurred over peak milking and resulted in a flatter seasonal lactation curve then an average twice-a-day herd which typically peaks in November before falling away.  This loss was balanced out by greater milk production in the shoulders of the season, particularly into autumn.

Fonterra does not pay its farmers as much through the four peak months from September through to December and the production loss from OAD happened over a time when the company paid its farmers less for their milk.

“That means you actually make more money from Fonterra because they have a system where you are penalised in the peak.”

The income he received from the milk produced in the latter part of the season balanced the production loss during peak milking.

“The fact that your OAD cows hold on longer in autumn, you get a better payout because you are not sending so much in the peak.”

He estimated there was a 5 per cent cost saving in switching to OAD because less labour was required and his dairy shed electricity bill  dropped from $3500 to $2200 a month.

His breeding costs and animal health costs also dropped. His herd got in-calf better because the cows were in better condition heading into early lactation. They cycled better and got in calf faster.

“We found we get a 3-4 per cent lower empty rate than on a twice-a-day farm.”

Last season his empty rate was 10 per cent, well below the 15-18 per cent rate when he was milking twice a day.

He believes there is room to improve because other OAD farmers had achieved a  6-7 per cent empty rate.

“It is logical – the cows don’t lose as much bodyweight because of the OAD milking, so therefore they put more energy into their reproductive performance.”

The average milksolids output per cow in New Zealand was 330-340kg MS and Baldwin’s herd was milking about 295kg. He was aware of other OAD milkers whose cows were milking at 400kg MS and that was his target.

He believed this was achievable if the herd was fed more. To meet this target, the Baldwins will build a feedpad next season to feed the cows maize grown on the forestry block. This season they have grown 70ha.

“It’s all about feeding them. If we can get a OAD system with 400kg MS a cow, then you wouldn’t go back to twice a day, ” he said.

The strategy to cope with the dry summer is the same as a twice-a-day system – the cows still have to be fed and to that end, he has bought palm kernel and planted a summer crop of turnips.

Less labour in the shed freed up his staff for maintenance around the farm and when calving was over, they finished work at 5pm.

Baldwin said they were still trying to improve. The feedpad would improve feed efficiency and eliminate the high level of wastage when he fed out maize.

“Our next learning will be  how cows on OAD will go while eating maize on a feedpad. That’s the next opportunity.”