meta Oceania Dairy pipeline proposal labelled a “cultural abhorrence” :: The Bullvine - The Dairy Information You Want To Know When You Need It 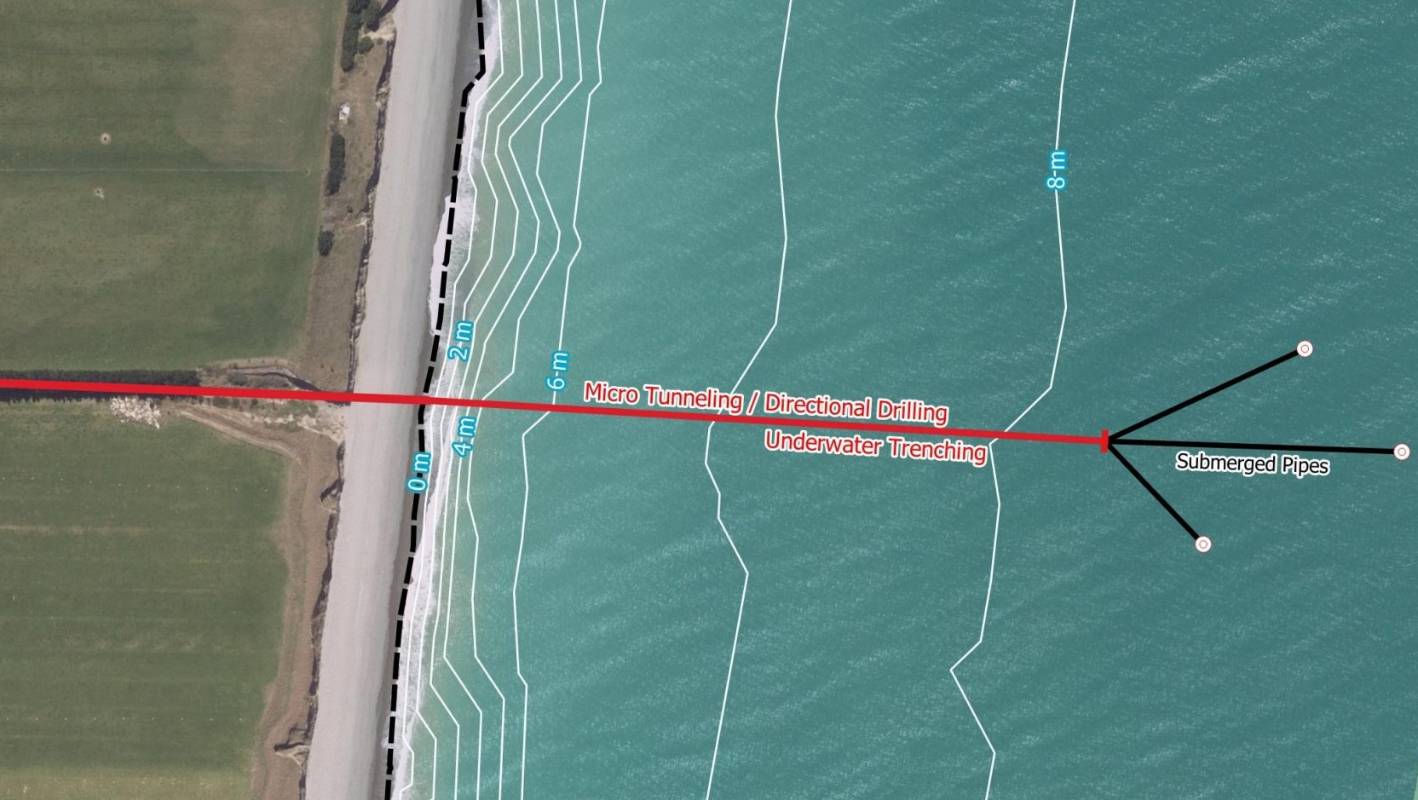 Oceania Dairy’s proposed ocean outfall will discharge up to 10 million litres of treated wastewater per day.

Oceania Dairy’s proposal to build a pipeline to discharge treated wastewater into the Pacific Ocean has been labelled a “cultural abhorrence” by Arowhenua Runanga.

The company, whose factory is based in Glenavy and is owned by the Inner Mongolia Yili Industrial Group Co Ltd, wants to build a 7.5 kilometre pipeline to discharge up to 10 million litres of treated wastewater a day.

It has applied to Environment Canterbury (ECan) for the necessary consents. The factory currently discharges all wastewater to land via irrigation, but has argued a treated wastewater pipeline would be more environmentally sustainable.

In its submission to ECan, Arowhenua Runanga forthrightly oppose the proposal, saying “there is a cultural abhorrence to the discharge of treated wastewater to natural water regardless of the level of treatment of the wastewater”.

“For Arowhenua, an ecosystem is a dynamic and complex community consisting of plants, animals, micro-organisms, and the non-living environment. All aspects of the community interact as a functional unit.”

The group also expressed concern that the “combined effect of all discharge structures along with run off from farms along the coast has the potential to significantly impact the quality of natural resources and marine life”.

“Arowhenua do not believe that there should be a choice between a highly valued natural environment or a high performing economy.”

Arowhenua’s submission is echoed by that of Te Runanga o Waihao, who say “any discharge of contaminants to any water is highly offensive and can cause ill cultural health”.

“Te Runanga o Waihao considers the information included in the application thus far is insufficient to fully understand the adverse effects on the environment, and therefore on mana whenua values,” it says.

“The lack of information and inability to identify effects is of significant concern.”

Of great concern to Te Runanga o Waihao was the fact that part of the pipeline construction would occur through an indigenous skink habitat, while it also noted that “the discharge, disturbance of the seabed and occupation of the seabed will occur within the proposed marine protection network between Timaru and Waipapa Point”.

The submission urged ECan to decline Oceania Dairy’s consent application. However, it wanted several mitigation measures should ECan approve it.

These included a 10-year consent timeframe (as opposed to the 35 years Oceania Dairy have applied for), regular water quality monitoring, and a management plan to detail the procedure for containing spills, and emergency response plans.

It also asks that Oceania Dairy be required to notify Te Runanga o Waihao of any ‘unplanned’ wastewater discharges where “the contaminant level exceeds the consented volume, or the discharge contains additional contaminants not originally applied for”.

Ngai Tahu’s submission says it “supports the submissions of Te Runanga o Arowhenua and Te Runanga o Waihao in their entirety and wishes to adopt them as their own”.

Of the 126 submitters, 117 opposed the proposal, six were in favour and three were neutral.

“Oceania Dairy has no social licence to send its wastewater into the ocean,” submitter Ruth Bonita says.

“They must find an alternative solution or else respect the natural limits of our environment and choose not to expand the factory.”

“If consent is granted New Zealand’s environmental future commitment is just a PR stunt and sadly so,” she said.

“You owe this to me and to my children,” her submission says.

ECan will host a hearing later this year.