meta New Zealand Dairy Farmers: enough is enough :: The Bullvine - The Dairy Information You Want To Know When You Need It 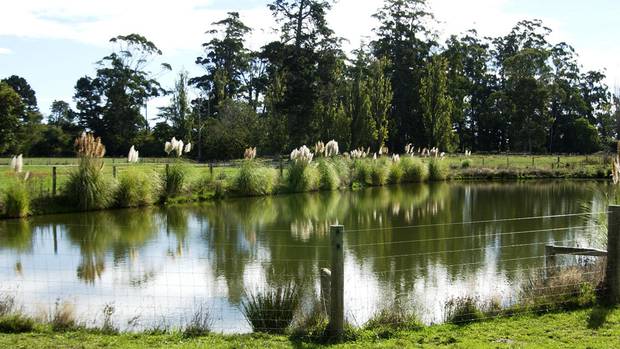 But dairy farmers not compliant on effluent matters can be easily fixed.

Waikato dairy farmer Ross Wallis feels effluent non-compliance in the Waikato region can be easily fixed – by cracking down on offenders.

The Waikato Regional Council (WRC) recently announced that 31 per cent of “high-risk” Waikato farms inspected for effluent compliance were found to be significantly non-compliant. The Council targeted 239 of the 3800 farms in the region – those that are known to have less than seven days effluent storage, those on high risk soils or repeat offenders.

Wallis, a member of DairyNZ’s Waikato Dairy Leaders Group, says the non-compliance figures in the Waikato are “unacceptable”.

“If you look at farmers across the board, about 95 per cent nationally are compliant,” says Wallis. “So what’s happening in Waikato is not fair on them – and a lot of farmers are now saying enough is enough and that there needs to be more enforcement, especially on repeat offenders.

Having said that, my personal view is that most of the non-compliant farms are easily fixed; it is only a minority who have big problems and who need to be held to account.”

The WRC farm services team has inspected 239 “high risk” farms since July 1. Of the high-risk farms inspected, 34 had upgraded their effluent operations. However, 31 per cent were found to be significantly non-compliant, including some who had been non-compliant the previous season.

While the inspections focused on high-risk farms, the team emphasised that the bulk of the regions 3800 dairy farmers were “outstanding ” with their compliance.

Wallis, who farms at Raglan, says dairy farmers who were putting in the effort with good effluent management were now looking out for non-compliers, and were reporting them.

“It’s not as if dairy farmers can’t get help to manage this issue,” he says. “There have been so many tools put out there to help farmers with this over the past three years – there’s really no excuse for not addressing it.

“From a personal perspective, my interaction with the WRC has been terrific – I couldn’t speak more highly of them and their engagement officers who helped me get an effluent plan together and helped me with planting round waterways.

“I know too that companies like Fonterra have been actively employing more sustainable dairying advisors to help with this kind of problem and others.”

His role, amongst others, is to help coordinate farmers’, council’s and dairy companies’ efforts to improve effluent compliance and he agreed with Wallis that the regional council officers had been “very pro-active” in their work.

They had reinstated aerial monitoring and “because they had that specific focus on high-risk farms, they have confirmed that despite much effort aimed at addressing effluent compliance, there are still a number of farmers who are not meeting requirements.

“The monitoring is a good thing – effluent compliance has to be addressed – and I think the increased effort will help bring the minority in line with the rest of farmers who are prioritising effluent management and meeting the rules. A lot of the farms that have been found to be non-compliant generally have less than seven days’ storage of effluent.

Jim van der Poel, Waikato Dairy Leaders Group chairman, says a well-designed and constructed effluent storage pond is not only good for the environment but also great for the farm.

An effluent pond is a big investment on farms but there is no doubt they provide better environmental management, peace of mind, flexibility to spread effluent in the right weather conditions and reduce the risk of effluent non-compliance, he says.

“The pond, and how the effluent system is managed, will deliver good farm performance and prevent environmental harm. It’s win-win.

“Most farmers care deeply about the environment and are doing everything they can to protect land and waterways, and prevent any environmental risks.

“Nationally, most farmers follow the rules and are very concerned about other farmers who do not. Those who are seriously non-compliant with local councils’ effluent management rules are damaging the reputation of all dairy farmers.”

Higham says he had recently attended the Dairy Effluent Expo in Waikato which drew a crowd of 1600 people, a really encouraging number for such a forum.

“The numbers reflect the interest and the willingness of people attending to learn more about the issue, and upskill on the systems available.