meta Mycoplasma bovis cow disease to cost farmers $278m :: The Bullvine - The Dairy Information You Want To Know When You Need It 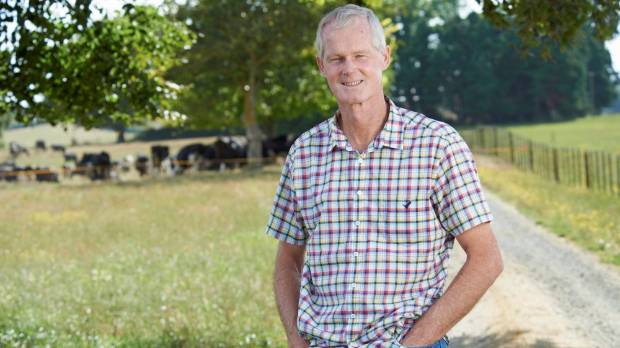 DairyNZ chairman Jim van der Poel says the industry cost of eradication will come out of a special levy.

Most farmers are reconciled with shelling out $278m as part of their cost to banish the Mycoplasma bovis cow disease from New Zealand shores.

Dairy farmers will fork out the greater proportion – perhaps more than 80 per cent – of the cost with sheep and beef farmers paying the rest. Most of the bill will land in the first few years in exchange for Cabinet signing off on Monday a joint eradication decision between the Government and industry groups.

The Government has decided to cull about 126,000 cattle on top of the 26,000 already being destroyed in an attempt to knock off the disease.

Two-thirds of the total cost – some distance to the estimated $1.2 billion to manage the disease – will be borne by the Government.

The farmer contribution would likely come from an additional levy with possible lending assistance from the Government.

Both DairyNZ and Beef+Lamb NZ said they did not have to seek consent from farmers for the extra levy. Under the Government Industry Agreement (GIA), a levy can be raised to deal with emergencies such as M. bovis.

“We will not fund M. bovis from our existing levy. We’ll look at introducing another levy or some other mechanism. We have already engaged with our farmers through the GIA and within that there is a provision to introduce a GIA levy,” DairyNZ chairman Jim van der Poel said.

DairyNZ did not yet know what it might cost an individual farmer.

“We have to work out whether we fund that over one year or over a number of years.”

Matamata dairy farmer and Waikato Federated Farmers dairy chairman Ben Moore supported the decision. He said he was comfortable if his milk income was levied with the funds going towards eradicating the disease.

He said he was also pleased with the news the MPI would try and speed up the compensation process for farmers who had their cattle culled.

It also gave farmers certainty about the future now that a decision had been made.

“Now we can get on with farming.”

“We have to eradicate it and we have to go hard.

“We are quite unique in New Zealand. We have a border, it’s called [the] ocean and hopefully we can keep it out again in the future as long as we can figure out how it came in here in the first place and we have got an opportunity to eradicate it.”

His heart went out to farmers and their families involved – most through no fault of their own – that they will have to cull complete herds that they spent a lifetime breeding.

“It is heartbreaking,” he said.

Ervine said eradication would be the “quicker and easier route” than opting for a management system.

The decision also won the support of industry groups. Federated Farmers president Katie Milne said getting rid of M. bovis was preferable to living with it, for years on end, probably without any compensation available for farmers in future when it did hit and could not be controlled.

“For me personally, the only ‘silver lining’ of this biosecurity response is that the whole farming sector has worked together so well. Now we have to crack on and give it our best shot to recover from this threat.”

Van der Poel said the decision reflected their hope that the disease could be eradicated.

“Our farmers have been waiting for almost eleven months on a way forward and part of the challenge has been a lack of certainty about the long-term solution for New Zealand. Today we have that certainty.

“Over 99 per cent of our dairy herds in New Zealand have no signs of this disease, and we want to keep it that way.”

Beef + Lamb New Zealand chairman Andrew Morrison said it was a difficult decision to reach that would not please all farmers.

“As a Southland farmer near to one of the epicentres, I am well aware of the impact of this response on farmers, their families and our communities.

“However, with only a limited window in which to attempt to eradicate M. bovis, the decision to continue eradication efforts has been made with the best long-term interests of the wider pastoral sector in mind.”

Peters had one cow within his herd test positive for M bovis and now faced the prospect of his entire herd being culled. He said he hoped the Government may have developed a better testing system before undergoing making this decision.

He said the decision came as a surprise and he had hoped they would go for a lighter option.

Peters said he was not sure what it meant for his farm business with the winter herd set to go onto the farm and begin milking.

“We will carry on with that and see how we go. It’s their decision whether it’s milked through or cull them all now.”

He was pleased the government would try and speed up the compensation process for affected farmers.

“We still have to get our compensation [documents] in for our cows.”

“Anything other than prolonged management is disappointing, mental health animal welfare and community risk is at the upmost importance now,” he said.