meta Milk prices are so low Wisconsin is losing two dairy farms a day :: The Bullvine - The Dairy Information You Want To Know When You Need It 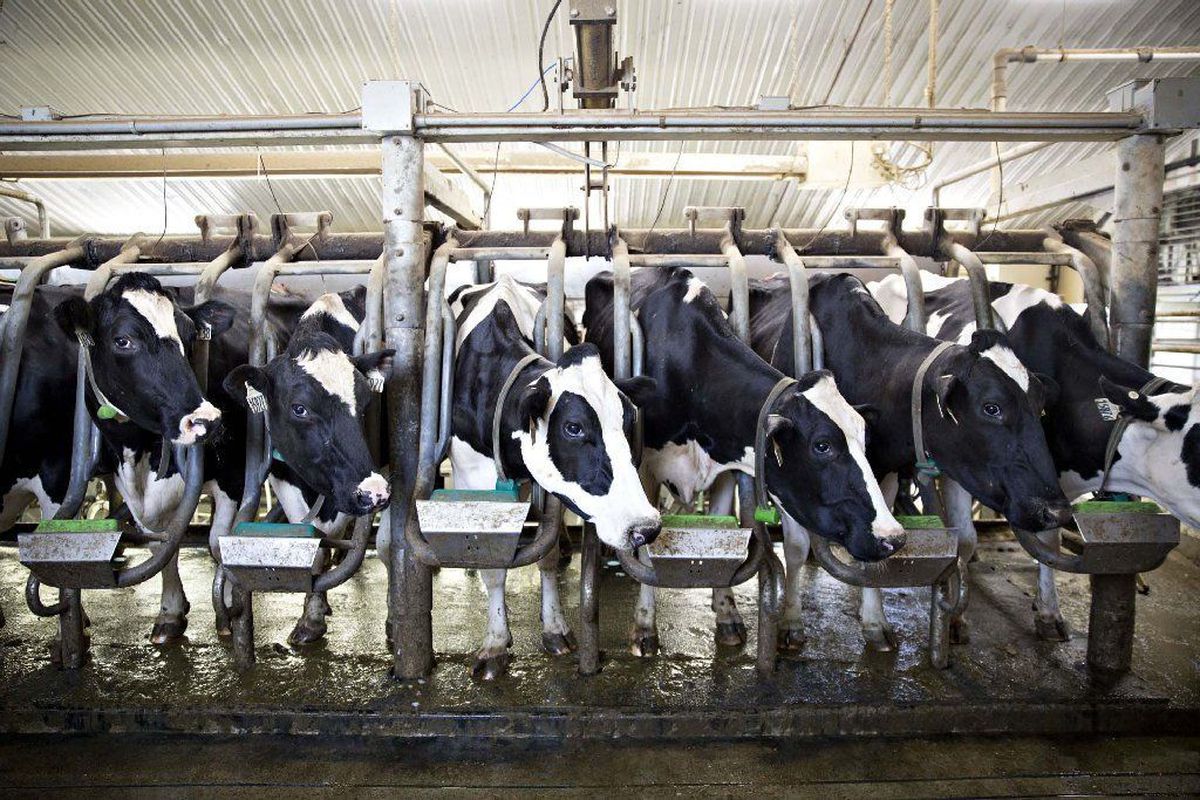 Cows stand ready to be milked May 31, 2016, at the Lake Breeze Dairy farm in Malone, Wisconsin. The state is in the midst of a dairy crisis that’s caused a loss of one-third of its dairy farms since 2011. (Daniel Acker / Bloomberg)

Gov. Tony Evers on Thursday called the Republican-controlled Legislature into a special session beginning next week to consider an $8.5 million package of bills designed to help rural Wisconsin in the face of a crisis that’s caused a loss of one-third of the state’s dairy farms since 2011.

The Democratic governor told reporters that he was confident the Legislature would move quickly on the plan he unveiled in his State of the State address Wednesday night. He also dismissed criticism from Republican Assembly Speaker Robin Vos that the proposals show he has ignored rural Wisconsin before now.

“That’s just baloney,” Evers said, noting that many of the ideas had been included in his budget last year but rejected by Republicans. “We need to move forward. Our farmers need us.”

“He has ignored that part of the state for most of last year since he’s been elected governor,” Vos said. “If he’s a newfound convert that rural Wisconsin has problems, of course we’re going to listen.”

While Vos was wary of the plan, Republican Senate Majority Leader Scott Fitzgerald said Wednesday night that he was “all ears.”

“We’re all looking for ways to do better when it comes to ag,” Fitzgerald said. “There have been a number of proposals by the Legislature but I’m all ears on what the governor has to offer. It sounds like he’s been working on something comprehensive so absolutely I think the Legislature should take time to see what the special session includes and work on those bills.”

Evers said he expects the Legislature to meet starting Tuesday to take up the bills. Republican leaders have not said if they will do that. Vos and Fitzgerald did not immediately return messages Thursday seeking comment.