meta Lost Valley Farm sale to proceed despite state objections :: The Bullvine - The Dairy Information You Want To Know When You Need It 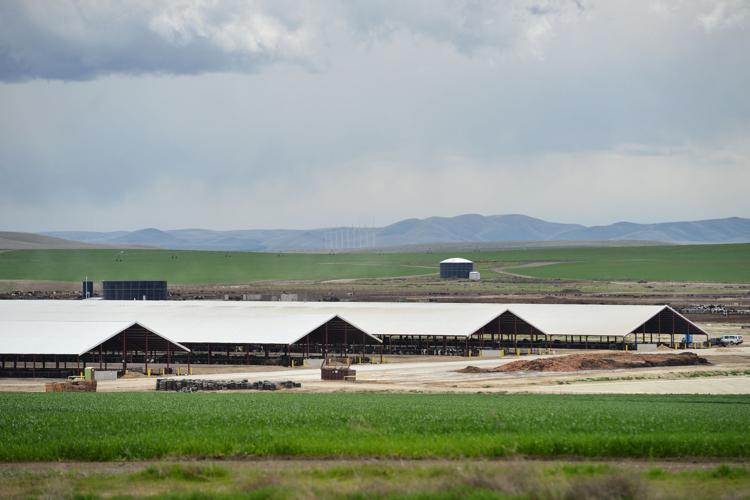 The Lost Valley Farm outside Boardman, Ore., will soon be up for auction.

A federal bankruptcy judge in California will allow the proposed sale of Lost Valley Farm to proceed as scheduled, despite objections from Oregon state agencies over who will clean up millions of gallons of wastewater and manure at the failed dairy.

Lost Valley Farm was permitted for up to 30,000 cows in early 2017, which would have made it the state’s second-largest dairy near Boardman, Ore. Instead, owner Greg te Velde almost immediately ran afoul of regulators for improper handling and storage of animal waste.

Te Velde filed for bankruptcy in April 2018, forestalling an auction of his cows to repay $67 million worth of loans to Rabobank, a Dutch agricultural lender. Five months later, the court appointed a trustee from San Francisco to manage the dairy after finding te Velde continued a longstanding pattern of illegal drug use and gambling.

The trustee, Randy Sugarman, is looking to sell the dairy and recently entered into an asset purchase agreement with Canyon Farm LLC for $66.9 million. As a “stalking horse” bidder, a buyer selected to establish a minimum value for the property, Canyon Farm may be outbid at auction, which is now scheduled for Feb. 6. The sale is expected to close on March 1.

Canyon Farm is a limited liability company registered in Delaware, though the farm operator was identified in court documents as Easterday Farms, a family-owned business based in Pasco, Wash. Cody Easterman, one of the farm’s co-owners, did not immediately respond to an email seeking comment.

The Oregon Department of Agriculture and Department of Environmental Quality, which jointly oversee the state’s Confined Animal Feeding Operation — or CAFO — program, objected to the sale on Jan. 7. While the agencies do not oppose the sale of Lost Valley Farm per se, they did question who will ultimately clean up the property to avoid potentially harming the environment.

As of Jan. 3, there was approximately 47 million gallons of liquid manure at the dairy, enough to fill roughly 71 Olympic swimming pools.

“The current status of the property poses a risk to the environment and the groundwater that must continue to be remediated following any sale,” wrote Scott Belden, an attorney representing the Oregon Department of Agriculture and Department of Environmental Quality, in a filing with the bankruptcy court in Bakersfield, Calif.

However, Judge Fredrick Clement overruled the objection on Jan. 14, paving the way for the sale to move forward.

In the asset purchase agreement, Canyon Farm has agreed to buy all land, equipment, property and water rights at Lost Valley, though the deal does not include the cattle — which will be auctioned separately — or the state-issued CAFO permit.

The trustee, Sugarman, will retain the permit, making him responsible for cleanup. ODA and DEQ stated they have not finalized any settlement agreement with Sugarman about how the cleanup will take place, and they “have little evidence of the trustee’s ability to comply with its obligations under the CAFO permit after the property is severed.”

Liz Fuller, a spokeswoman for Lost Valley Farm, said it is continuing to work with the agencies on a settlement agreement, and are committed to cleaning up the dairy “in accordance with standards agreed to by both parties to ensure the protection of the environment.”

Sugarman gave his own declaration to the court on Jan. 9, saying the sale is necessary to move forward with cleanup. As part of their agreement, Canyon Farm has agreed to spend $10 million to cultivate more ground to spray the wastewater on farmland at low enough rates to avoid pollution, and install expensive new irrigation systems.

Sugarman said the only alternative to apply the was to farmland is to pump the water into thousands of tankers and move it off site, which would cost well into the eight figures.