meta Judge will appoint trustee to run Oregon’s second-largest mega-dairy :: The Bullvine - The Dairy Information You Want To Know When You Need It 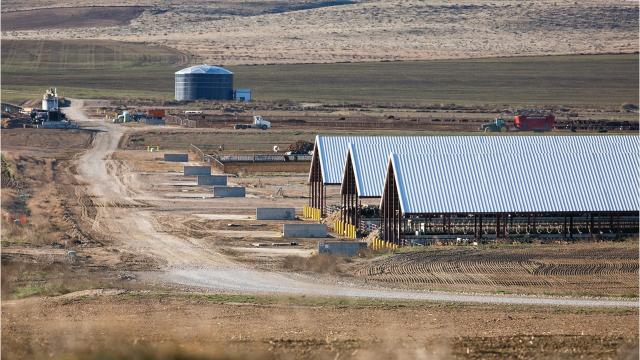 A bankruptcy judge has said the U.S. Justice Department can take over the management of the second-largest dairy in Oregon.

Judge Fredrick Clement issued his decision last Wednesday on the future of Lost Valley Farm, a massive dairy farm permitted to house up to 30,000 cows, the Statesman Journal reported.

The dairy opened in 2017 to supply the Tillamook County Creamery Association, which makes Tillamook Cheese at a nearby factory. But the farm has been beset by management troubles related to owner Greg te Velde.

“Since filing (bankruptcy), he has continued his long-standing habits of methamphetamine usage and gambling,” Clement wrote. “Drug usage has occurred once or twice per week, and he has gambled estate monies of $2,000-$7,000 monthly. Te Velde borrowed $205,000 without court authorization, and in a one-month period took personal draws of $28,000 more than authorized.”

“Te Velde is unwilling, or unable, to comply with his duties as a fiduciary,” Clement wrote in his decision.

In February, the Oregon Department of Agriculture sued to shut it down, saying it was endangering nearby drinking water wells by allowing liquid manure and wastewater to overflow storage lagoons.

The state has since revoked the wastewater permit, but the dairy has appealed.

The Statesman Journal reported that it’s not clear whether replacing te Velde with a trustee will speed up or slow down environmental improvements at the dairy.

Creditors have said they are reluctant to approve any spending on environmental compliance until a consultant completes a report outlining the cost of all needed improvements.

“The Lost Valley mega-dairy has been a disaster from the beginning, and hopefully this decision will lead to it finally being closed down,” said Ivan Maluski, policy director for Friends of Family Farmers, which has opposed the dairy since it was proposed

Tillamook officials did not respond to a request for comment. The company is still buying milk from the dairy.