meta ‘It’s like crack’: The Aussie cheese the US can’t get enough of :: The Bullvine - The Dairy Information You Want To Know When You Need It

‘It’s like crack’: The Aussie cheese the US can’t get enough of 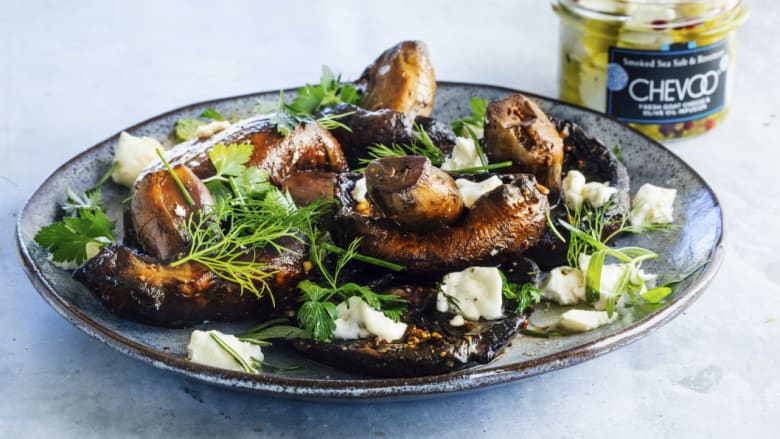 Chevoo’s cheese is made using goat’s milk, marinated in extra virgin olive oil and available in range of flavours including with dill pollen and garlic, and with chilli and lemon.

Chevoo now turns over US$3 million ($4.2 million) a year with its cheeses sold in more than 1000 retailers including Whole Foods stores across the United States.

“Until Richard came up with marinated cheese in oil nobody had seen that in Australia or anywhere else besides the Middle East, it was a unique product,” says Studd. “It is something that really stands out as Australian.”

Studd has his own range of Will Studd cheese which he sells in the United States and he says sales are “going gangbusters”  with turnover in the country of over $2 million a year.

“We are doubling in size every year, it is just extraordinary,” Studd says. “Meredith Dairy is doing really well over there and so is Yarra Valley Dairy.  It’s a big market over there they look to refreshing ideas.”

“They say that it’s like crack over there,” he says.

‘It takes a lot of dedication’

Meredith Dairy co-founder Sandy Cameron says the Victorian business exports about 10 per cent of its product internationally including selling to China, Singapore and the United States.

Sales in the United States are strong with Cameron saying turnover is over $2 million a year there.

“The marinated cheese is doing well overseas because it is made daily with fresh milk and a food quality oil so it is appealing,” she says. “It takes a lot of dedication to make cheese daily for so many years.”

Cameron says she is not surprised by Chevoo’s success.

“The business is founded by the former chief executive of our main distributor, he saw what we do and knew it sells well,” she said.

Tuck says there is room for Chevoo as well as the Australian imports in the United States given the sheer size of the market.

“Another challenge has been being away from your support network which is surprisingly impactful particularly when you are starting a business,” he says. “We have a young family and you are doing everything for the first time and everything from scratch. It was pretty intense.”

However, Tuck says the family has received a lot of support.

“I would say the openness of the Americans to entrepreneurship and people starting new businesses has really helped,” he says. “There is a complete lack of fear of failure.”

Chevoo has plenty of room to grow with its new manufacturing facility operating at less than 20 per cent capacity.

“The US market is so massive that it could keep us entirely occupied for years to come,” says Tuck. “But opportunistically if there was a market elsewhere that asked us to export then why wouldn’t we?”