meta Historic Huls Dairy sells its milking cow herd :: The Bullvine - The Dairy Information You Want To Know When You Need It 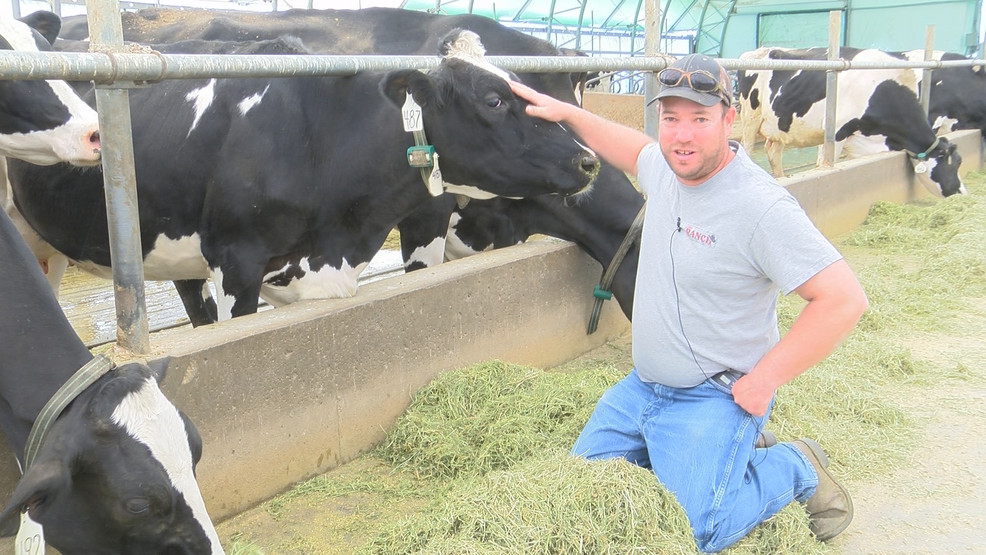 It’s the end of an era for one of the region’s best-known dairies.

This week, after 110-years of being in the dairy business, Huls Dairy sold most of its milking cows.

The family is retiring from the dairy business.

Since 1910, the Huls family has farmed and milked cows on their place east of Corvallis.

“They fell in love with this place, the Bitterroot Valley,” said operation manager Dan Huls of his great-grandparents Spencer and Inez Huls.

“My great-granddad brought my granddad to the valley in 1909,” he said. “They came originally from St Charles, Illinois,and started the farm life.”

It was here, under the Big Ditch that the couple found a place with plentiful water and rich soil.

“The soil on the bottom land is magnificent,” said Dan.” It makes very efficient use of the water that is applied and has water nearby.”

Back in those days just about every farm had cows to milk, and the Huls ancestors were no exception.

Spencer and Marie Huls followed in the next generation.

“We’ve got pictures of my granddad,” said Dan, ” standing in oats that are over his shoulder.”

There’s also a picture on the wall of Spencer Huls riding one of his bulls when he was a young man.

In 1951, the third generation of Huls children, Dave Huls and his wife Jennie, started one of the valley’s first Grade A commercial dairies.

Later, Dave and Jennie Huls retired from the farm and bought the Ravalli County Creamery.

Their sons bought more land, and later, built the new state-of-the-art dairy barn that most people in the Bitterroot now know.

“Our dairy has always been productive,” said Dan’s brother and co-operation manager Tim Huls. “We have used crop production as part of our operation, and we’ve used the dairy to market those crops in the form of milk.”

Both Tim and Dan credit a third brother, the late Bruce Huls, as playing a huge role in making the dairy successful.

“Bruce was the farmer of us all,” said Tim. “His primary interest was crops and field work. He spent hours and hours on the tractor.”

The Huls brothers credit their entire family, as well as past generations for making the Huls Dairy one of the most recognizable names in Montana milk production.

The sophisticated operation had come a long way from Spencer Huls’ cream separator.

That beloved piece of equipment, so common to old Bitterroot farmers, is prominently displayed in the barn lobby.

On average, one Huls Holstein cow could produce ten gallons of milk a day.

The cows were milked on a carousel.

“The operators stand in the same area,” said Tim, “and the cows move.”

The milk would move into a tank, through a cooling press and into a storage tank for pickup.

Nothing goes to waste.

Manure is turned into compost and sold to customers for their gardens and flower beds.

“I think our farm has done as well as any,” said Tim, ” in terms of people that we’ve supported.”

On the barn’s walls hang numerous awards of achievement both on the local and national fronts.

But those acknowledgements of excellence are an ironic symbol .

Family dairy farmers across the country are struggling, and have been for some time.

The Huls’ family decided it was time to retire.

“It’s been a really neat thing,” said Tim, ” to work shoulder to shoulder with my wife and my family.

“The dairy industry as a whole in the United States, has not been friendly to the dairy farmer,” said Trudy. ” There have been more valleys than peaks in the dairy price for a long time.”

The Bitterroot was once home to hundreds of dairies.

Watching so many of them go has been hard.

Tim is a poet and expressed his feelings on the loss of a neighbor’s dairy in a YouTube video.

“It was an opportunity and the right time to leave,” said Dan. “It’s been financially difficult. The long hours, the 24-7, on-call -365, wears on one after awhile.”

This past week, the family sold the last of their dairy milking cows to other dairies.

“It’s been hard to see those truck loads of cows go,” said Trudy. “We put a lot of work into them.”

He is the dairy’s utility man, and he’s been gifted with animals since he was a kid.

The fifth-generation Huls dairyman petted the head of his favorite cow and told us all about her.

“I’ve got to go out and explore different opportunities,” he said.

“We will continue our hay operation,” said Tim. “We’ll probably grow some grain and we’ll be doing some crops.”

“The cows are leaving,” said Trudy. “We are not. It’s been wonderful with our family and our faith in the Lord.”

“It’s been a wonderful place to grow up and to grow my children here,” said Dan. “I can’t imagine living anywhere else.”

“It’s family,” he said, “and contributions made to the community” from 110-years of living and working on the place.

“It’s more than a business,” he said. “It’s a place that’s important to family members , to folks in the area, to neighbors and friends. It’s a place.”