meta Heavy snow causes partial collapse of Cattle Barn roof at State Fairgrounds :: The Bullvine - The Dairy Information You Want To Know When You Need It 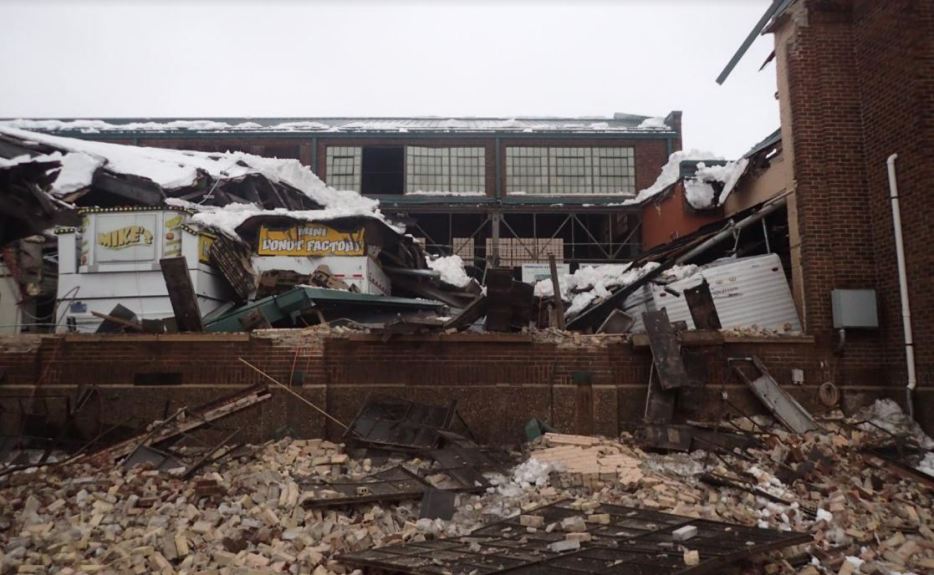 A portion of the roof of the Cattle Barn at the Minnesota State Fairgrounds collapsed Tuesday evening, weighted down by successive rounds of snow and rain.

The Falcon Heights building, which is used mainly for storage during the off-season, was unoccupied at the time of the collapse and no one was injured, the Minnesota State Fair said in a news release.

Part of the southeast corner of the roof on Judson Avenue gave way about 6:15 p.m. due to sliding snow, according to the St. Paul fire department. Members of the fire department and a structural engineer assessed the building and determined the rest of it remains structurally sound. Damage to the items stored in the barn has not yet been assessed.

The 1920 brick building, which has space for about 1,000 head of cattle, also houses the Fair’s milking parlor and the Moo Booth — an informational exhibit about dairy farming, according to the State Fair’s website.

Also on Tuesday night, the roof over the pool at a Super 8 Motel in Shakopee collapsed, the Shakopee Police Department said on Twitter.

The pool was closed at the time of the collapse because it had been sagging earlier in the day. The motel was evacuated.

In northwestern Minnesota, heavy snow also caused a warehouse roof at the Tuffy’s pet food plant in Perham to collapse on Saturday. No one was injured, and work at the factory resumed on Monday.

A number of other structures around the region failed following the weekend’s accumulation of wet, heavy snow.