meta Futuristic Startup Could Disrupt The Dairy Industry :: The Bullvine - The Dairy Information You Want To Know When You Need It

Berkeley-based startup Perfect Day just announced the completion of their $24.7 million dollar Series A round, making another strong statement for the cellular agriculture industry. While most of the other prominent cellular ag startups are focusing on meat (Memphis Meats, Super Meat, Mosa Meats), Perfect Day is focused on disrupting the dairy industry.

The round was lead by Temasek, the $275 billion dollar sovereign wealth fund in Singapore. Perfect Day hopes to tap Temasek’s network and accelerate commercialization with a wide variety of partners across the food and dairy sectors. Other prominent investors that joined the round were Horizons Ventures, alongside additional investments from Continental Grain (USA), Jeremy Coller (UK), Iconiq Capital (USA), Lion Ventures, Verus International, and others. This caps off a strong February for the ambitious startup, as they received their first patent for the use of animal-free dairy proteins in food applications earlier this month.

‘In the milk market, plant-based products, such as soy, rice and almond milk have grown to command 10% of the overall dairy market, while animal-based dairy products have stagnated. That demonstrates the growth potential for the likes of Perfect Day and the ‘sustainable protein’ sector as a whole.’ – Jeremy Coller

The company says the money from the recent round will be used to accelerate scale-up efforts, grow the existing team of 30 employees within it’s 17,000 square foot facility, and zero in on its commercialization potential. 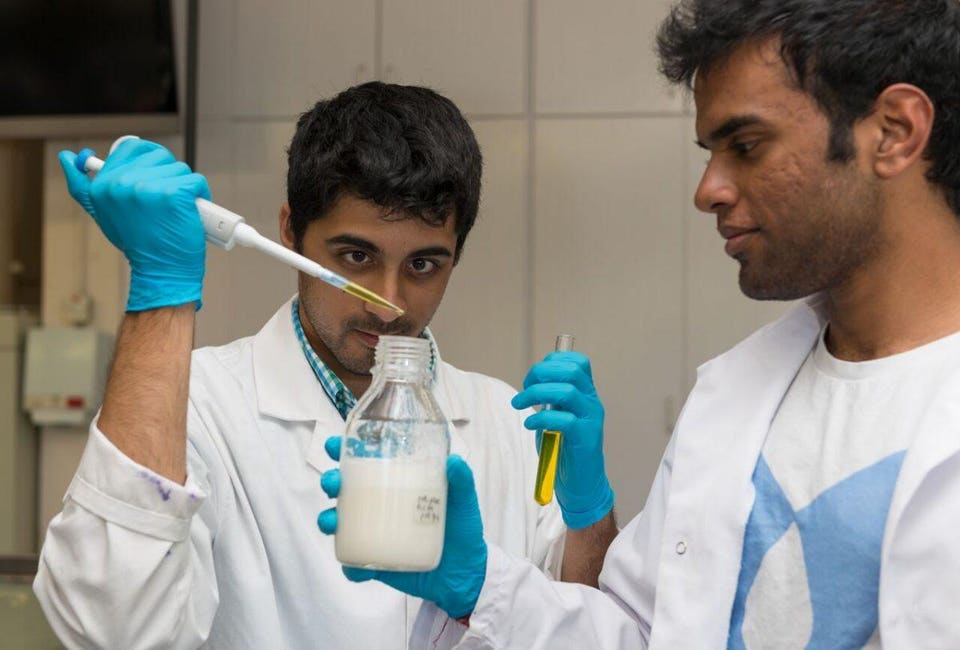 Ryan and Perumal spent many late nights perfecting their process.

In 2014, Ryan Pandya and Perumal Gandhi were introduced via Isha Datar at New Harvest, a non-profit assisting in the field of cellular agriculture. Isha knew these doe-eyed boys were interested in creating a cellular milk product. It wasn’t long after the introduction that their shared vision led to the formation of Muufri (the original name of the company, and a bit on the nose).

After securing pre-seed funding via Indie Bio to get the company off the ground, they managed to get the attention of Horizon Ventures. This led to a successful meeting in Hong Kong with Solina Chau, which unleashed the seed money they needed to hire staff and expand research and development.

No longer happy with the name Muufri, the decision was made to change it to something with broader appeal. When they learned that dairy cows produce more milk after listen to soothing music like the Lou Reed song ‘Perfect Day’, they knew they’d found the right fit. 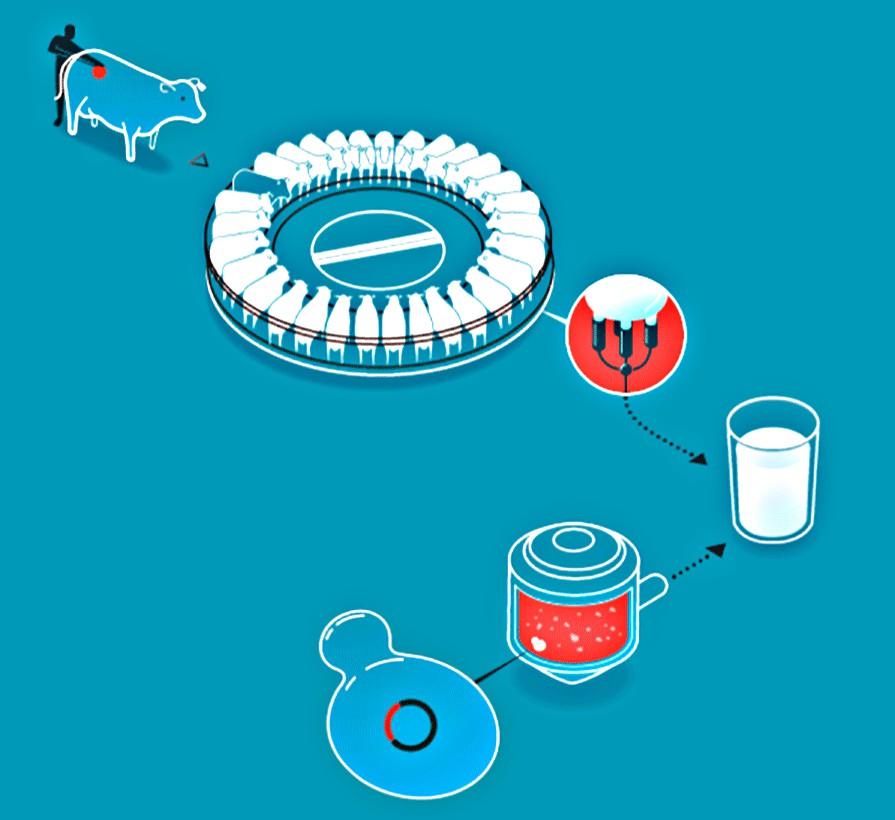 Cellular agriculture would remove cows from the process altogether

How Do They Make This Stuff?

Through biotechnology, they give this yeast a ‘blueprint’ that allows it to ferment sugar and create real dairy proteins. This is the very same blueprint, in the form of DNA, which cows use internally every day. The process of using fermentation is similar to how vegetarian rennet, vanilla, insulin, and many other everyday products are made, while being cleaner and more resource-efficient than animal farming (more on that later).

Today, milk is made by artificially inseminating a cow at 13 months of age, having her birth a calf 9 months later, and removing the baby cow (sold for veal) to begin using the mother for milk. Three months later, the cow is impregnated again. By the age four, the mother cow is killed for beef. What a production cycle. You can start to understand why making milk in a lab is seen as an attractive proposition to many investors and consumers.

One of the more unique aspects of Perfect Day’s creation is that it’s free from the hormones, antibiotics, steroids, and cholesterol found in many of the dairy products currently in grocery stores, restaurants, and fast food joints. The Perfect Day products are also vegan, soy-free, gluten-free, and lactose-free. In the US, 30-50 million people are lactose intolerant (National Institute of Children’s Health & Human Development). For these folks, traditional dairy milk will never find it’s way to their fridge.

Perfect Day’s proteins could allow food manufacturers to create entirely new products or build on existing ones to address how we eat today and in the years to come. People with casein or other milk protein allergies will have to wait for the hypoallergenic version, which Perfect Day’s founders have said is in the works.