meta Fonterra’s first wood pellet-fuelled plant will fire up in September :: The Bullvine - The Dairy Information You Want To Know When You Need It 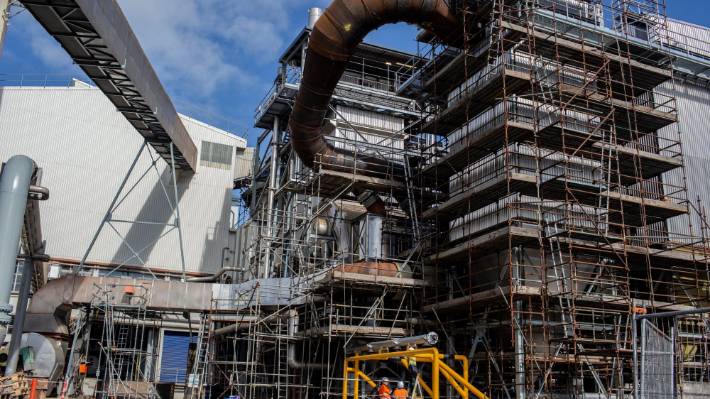 Fonterra is one step away from pushing the go button on its first factory to convert from coal to wood pellet energy.

The dairy company’s Te Awamutu plant in the Waikato is putting the finishing touches on the $11 million power source conversion which could be used as a blueprint for its other factories around the country.

It was part of the company’s move to renewable energy and to reduce emissions as it worked towards net zero carbon emissions by 2050.

Te Awamutu site operations manager Marc Carney said further testing was planned over the next few weeks with September 1 the date earmarked for the plant to officially switch over.

Coal-fired power is one of the largest sources of air pollution. It accounts for almost 20% of greenhouse gas emissions and causes 800,000 premature deaths every year

The factory had used coal to heat its boiler, to produce dry milk products.

“The boiler produces steam which is used as a heating medium to dry milk powder, to make products like whole milk, skim milk and buttermilk powder,” Carney said.

Once the new wood pellet burner is operational, it will eliminate 84,000 tonnes of carbon emissions every year or the same as taking 32,000 cars off the road.

It will also reduce Fonterra’s coal energy consumption in New Zealand by 10 per cent.

There were similar wood pallet burners at the Waiouru Army Camp and another in Timaru but nothing on the same scale as the one at Te Awamutu, Carney said.

“We’re really happy the company has made such a big investment, $11m in this conversion, which is something that it’s not required to do.

“But I think it’s shown our staff here in Te Awamutu, and our farmers, that the company is serious about playing it’s part to take care of the environment.”

Carney said he was also pleased Te Awamutu had been selected for the fuel conversion pilot project.

“We’re about the fifth biggest plant the company has, so it’s the ideal size to test the technology, and then see if it can be used in our other factories.”

The company partnered with Nature’s Flame in Taupō which would supply the wood pellets. It used waste wood shavings, sawdust and off-cuts from the forestry and the timber industry to convert into pellets for heat fuel.

The large coal storage pit across the road from the Te Awamutu factory is now empty and being used as a car park.

A special storage shed is being built near the pit, so the wood pellets can be delivered from Taupō, out of the weather.

From there, the pellets are moved to the factory boiler via the existing conveyer belt, which used to carry the coal across the road.

Although it will burn 50,000 tonnes of wood pellets once the conversion is completed, Carney said the emissions will be cleaner and lower compared to coal.

Fonterra has 21 factories in New Zealand, some already used a mix of renewable electricity with wood biomass conversions in progress.

Wood biomass is a renewable fuel made from wood and can be converted into energy through combustion or gasification.

It is different from wood pellets, which are made from offcuts and are compressed.

Last year Fonterra made a commitment not to instal any new boilers or increase capacity to burn coal.

It also converted the boiler at its Brightwater site near Nelson to run on a mixture of coal and wood biomass.

The company is also working to move away from coal at its Stirling site, South Otago.

Fonterra said it started its energy efficiency journey in 2003 and was on target to reach a 20 per cent reduction in energy intensity by 2021.

“Since 2003 we have saved enough energy to power all the households in Hamilton for more than 43 years.”