meta Fire destroys dairy barn in Nova Scotia, kills cows :: The Bullvine - The Dairy Information You Want To Know When You Need It

Some of the herd of 100 dairy cows saved by firefighters, but farm loses $500K in milking equipment. 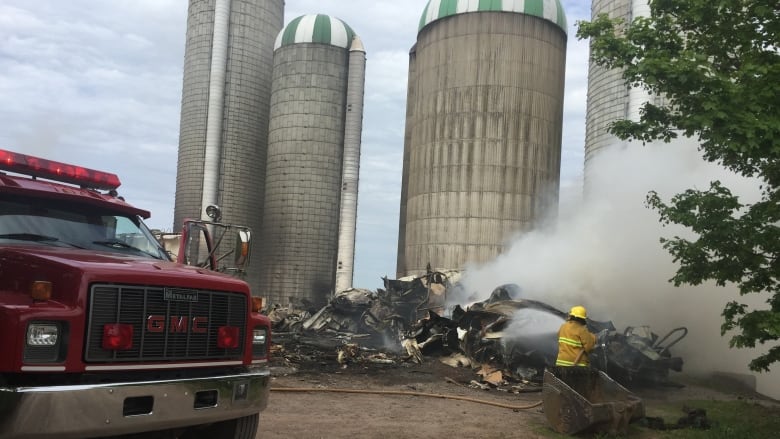 What remained of the barn was still smouldering by afternoon. (Elizabeth Chiu/CBC)

A family farm in Antigonish County has lost some of its herd of dairy cows and $500,000 in robotic milking equipment after a fire swept through a large barn overnight and burned it to the ground.

Firefighters were called to the scene in Tracadie around 12:30 a.m. Wednesday. What remained of the barn was still smouldering by afternoon.

“I’m thinking, ‘Where do we start? How can we rebuild with all this mess?’,” said Toni van den Hoogen, a relative of the owners. “It all has to be accounted for, cleaned up and then started new.”

She said the farm, which had 100 cows, is owned by Aaron Rovers and Nicole van den Hoogen-Rovers. It’s not clear how many cows died in the fire, but at least some survived. A neighbour is caring for them.

Toni van den Hoogen, who is from Mabou in nearby Cape Breton but came to the scene the Wednesday, said no human lives were lost. The Rovers are in their 40s and are from dairy farming backgrounds, she said.

She said they had two robotic milking machines — each worth $250,000. Both were destroyed, she said. 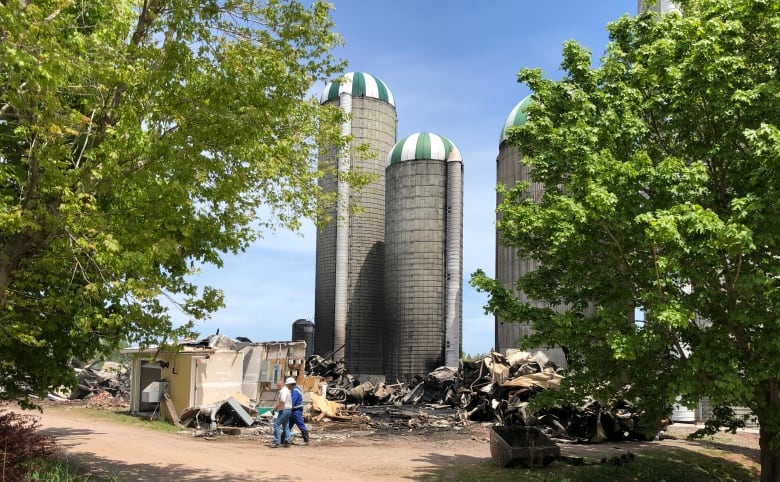 Toni van den Hoogen said she survived a fire at a dairy farm in 1969 and knows how devastating it can be. She lost her barn and said it was an experience she will never forget. She said it could happen to anyone and it’s always in the back of her mind.

“But the grass will grow again. And they’ll have time to put up new buildings before winter.” 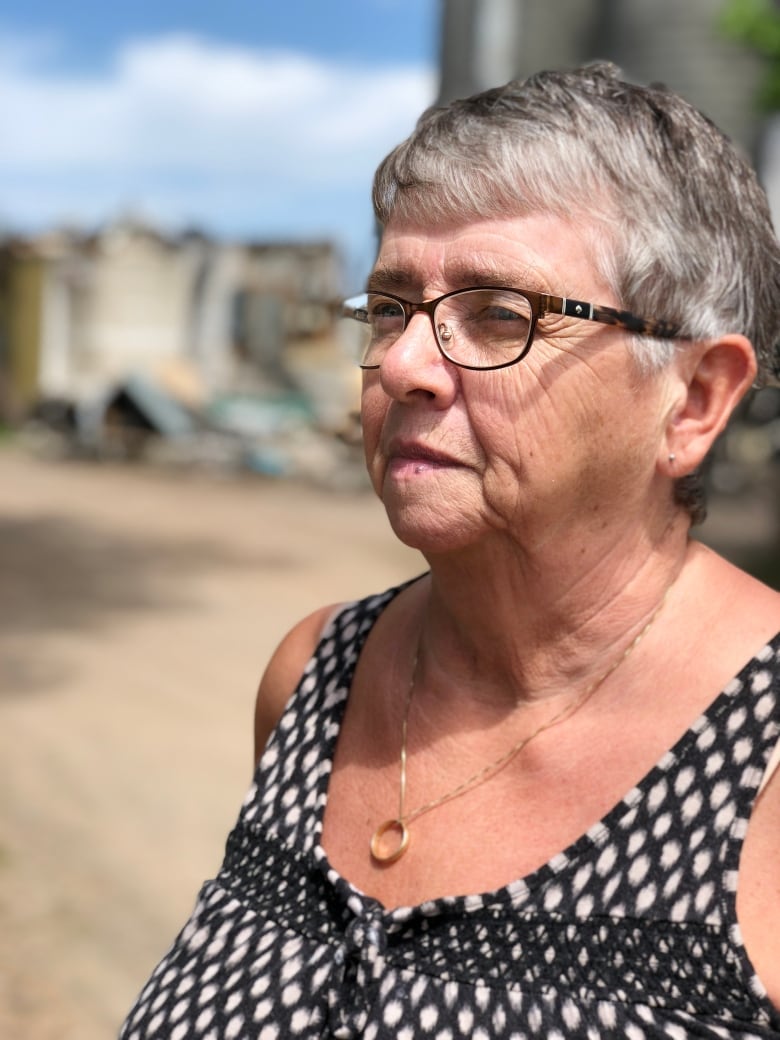 Toni van den Hoogen is a dairy farmer in Mabou and is related to the couple on both sides. (Steve Lawrence/CBC)

Dave Boudreau, deputy chief of the Tracadie and District Fire Department, said the fire was raging by the time crews arrived. The barn was more than 70 metres long.

“She was pretty well from end-to-end on fire,” he said.

Tracadie is about 25 kilometres west of the Canso Causeway. Boudreau said fire crews from Havre Boucher and Pomquet were called in for backup.

“Basically, we just set up our pumpers and started hauling water and just try to protect the adjacent barns and house,” he said. 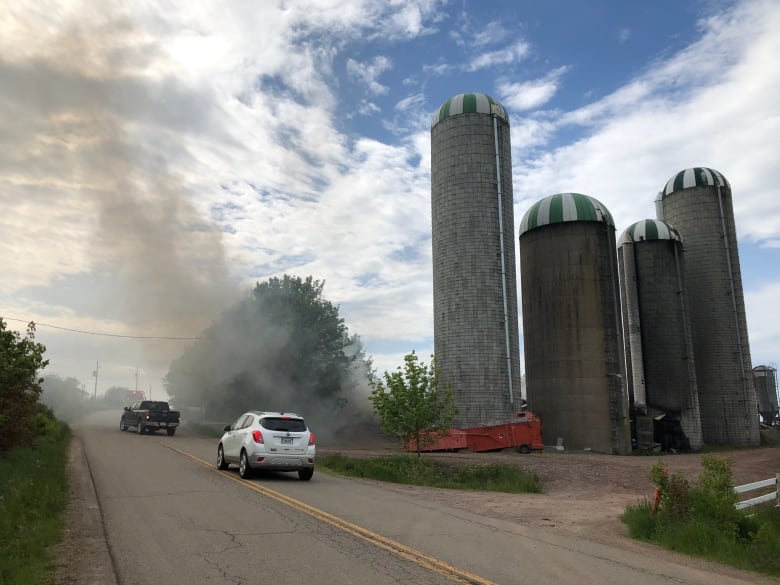 Boudreau said he wasn’t sure how many cows were in the barn at the time, but they were able to save “quite a few of them.”

An excavator was brought in Wednesday morning to help rip some of the structure apart to get at hot spots that are still smouldering.