meta Federal aid improving “safety net” for Midwestern dairy farmers :: The Bullvine - The Dairy Information You Want To Know When You Need It 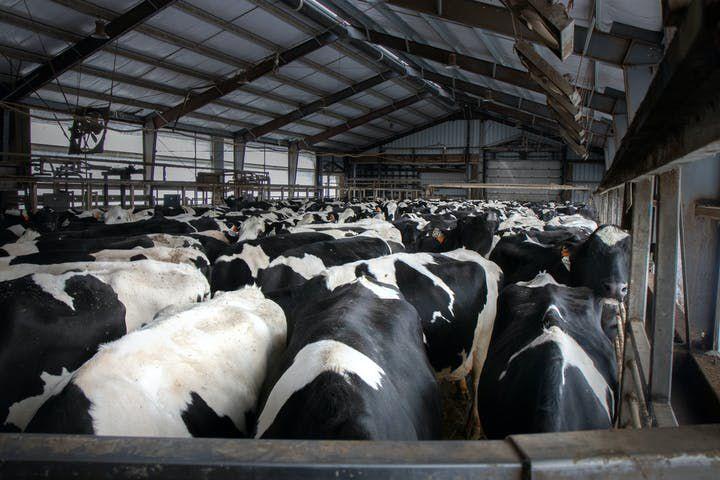 President Donald Trump trails in the polls in Wisconsin and Minnesota, but he is banking on the support of one group whose fortunes have improved somewhat in the past year: dairy farmers.

Thanks to reinforcements to the federal dairy safety net and a generous coronavirus-relief package, fewer dairy farmers are going out of business and their outlook has brightened despite the pandemic.

“People’s morale has definitely lifted,” said Shelly DePestel, one of the owners of the Lewiston Dairy in southeast Minnesota, one of the state’s largest. “I do think a lot of dairy farmers support Trump, from my limited communication.”

An irony of this new optimism in dairy is that the politician most responsible for the legislation that caused it is U.S. Rep. Collin Peterson, a Minnesota Democrat, the chairman of the House Agricultural Committee.

“Collin Peterson is a champion to dairy,” DePestel said. “It’s not about a party thing. It’s about who’s helping us, who’s looking out for us, who’s got our interests at heart.”

Peterson — who faces his own re-election bid in November against Republican Michelle Fischbach, a former lieutenant governor and Minnesota Senate president — was honored Friday in Perham, Minn., by the Minnesota Milk Producers Association with the legislator of the year award for his work on the coronavirus relief package among other things.

Those who milk cows for a living, especially on the traditional family scale of a couple hundred head or less, have been battered for the past five years. While the entire farm economy has struggled, dairy seemed to be in terminal decline.

Facing a wave of consolidation, oversupply, trade wars and shifting consumer demand, 1 in 10 dairies in Minnesota and Wisconsin closed in 2019. Minnesota lost 268 dairy farms in 2019; Wisconsin, 818.

Dairies are still going out of business in 2020, but at less than half the pace.

Trump was carried to the White House by rural voters and has sought to ally himself with farmers.

At the Republican National Convention, Grantsburg, Wis., dairy farmer Cris Peterson spoke on national television and said Trump came to office “in the middle of the great depression for dairy farmers.”

Business started “booming” again, she said, thanks to his renegotiation of trade deals.

The biggest recent help to dairy farmers was dairy margin coverage, a program that was years in the making, said Charles Krause, who milks 250 cows near Buffalo, Minn., with his father and his son.

This new type of insurance, authorized by the 2018 Farm Bill, allows farmers to insure their margin, between the cost of feeding the cows and the price of their milk, by up to $9.50 per hundredweight of milk. Starting in 2019, dairy farmers could get better coverage for lower premiums.

“That’s probably the biggest, most supportive thing that’s happened in dairy in my lifetime, my 30 years of farming,” Krause said.

Smaller farmers benefit in particular, since the program offers the sweetest terms for up to 5 million pounds of milk.

“It’s really been big, especially if you look at the average size Minnesota farmer,” Krause said.

The premiums are taxpayer-subsidized, typically at 44%, and farmers can choose how much of their expected quarterly milk production to insure, and how much revenue they want to guarantee.

“The dairy safety net has been improved tremendously,” Bozic said.

Trump’s campaign has criticized Joe Biden’s running mate, Kamala Harris, for voting against the new trade deal with Mexico and China, saying she put a “radical environmental agenda ahead of Wisconsin dairy and ahead of Wisconsin power.”

Renegotiation of that trade deal has not had much immediate impact, however, Bozic said.

“That’s a long-term help,” he said. “Short term, the biggest help is that it removes uncertainty.”

The payments to milk producers that are part of the coronavirus relief package — following in a trend of generous government assistance to farmers throughout Trump’s presidency — have been a big deal.

“Generous would be an understatement when it comes to dairy,” Bozic said.

There are both electoral and geopolitical reasons for the Trump administration to support farmers so much. Wisconsin is a swing state. Support for farmers also signals to China that the U.S. will stick to its guns in the trade war.

“For whatever reason they did it, they did a tremendous job for dairy,” Bozic said.

Mike Yager, who milks 300 cows near Madison, Wis., is not as impressed. He said “middlemen” continue to benefit the most from dairy farms. He blames the complexity of federal dairy policy — “they don’t want you to understand it” — and politicians in general.

“This country has allocated $2.2 trillion for this pandemic, and agriculture’s receiving $19 billion,” Yager said. “That’s less than 1% for the most important industry in this country.”

In fact, he’s thankful that the U.S. Department of Agriculture reversed Obama-era standards for school lunches that pushed 1% and skim milk.

“He’s the first president in years that’s spoken up for the farmers and tried to make things better for us,” Yager said.