meta Experts advise a version of Canada’s supply management could help save U.S. dairy farms :: The Bullvine - The Dairy Information You Want To Know When You Need It 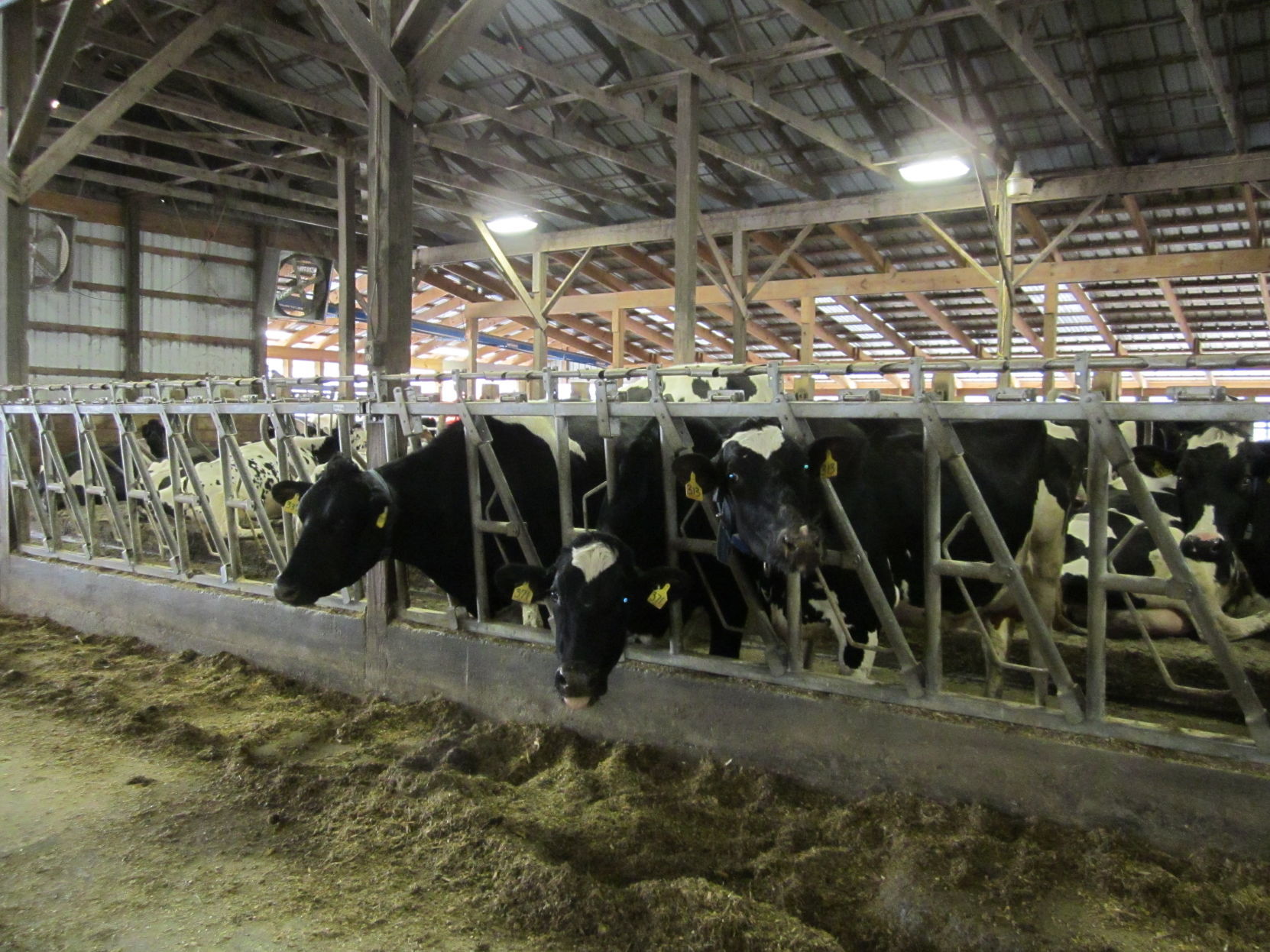 A group of dairy farmers and experts argued Wednesday that to save family farms from going out of business, the U.S. needs to adopt some form of supply management like Canada has.

Farmers across the country have experienced a drop in earnings from their milk in recent years as rising milk production across the U.S. and other countries has flooded domestic and international markets. Increased milk production has resulted in a market oversupply. Northeast farmers have been struggling through their fourth year of low milk prices.

In order to provide farmers with enough markets for their milk, Jim Goodman, president of the National Family Farm Coalition, and Ralph Dietrich, chairman of the Dairy Farmers of Ontario board, both said on Wednesday during a conference call that the U.S. should follow Canada’s example and implement methods to curb milk production.

Mr. Goodman, an organic-dairy farmer from Wisconsin, also said a milk price floor should be established so farmers can earn at least enough to keep their businesses afloat.

“Serious times call for serious measures,” he said. “In the long-term, it is in our best interest.”

Canada implemented its own supply management system in 1972 for dairy, eggs and poultry to combat unstable pricing.

According to an online publication from the Canadian Library of Parliament, farmers from these sectors were dealing with oversupplied markets in the 1960s caused by increased production due to advances in technology. The overproduction of dairy products led to price instability and disputes between farmers and processors, including some that were interprovincial.

The later system established quotas for farmers’ eggs, poultry and dairy goods, which are enforced by initiating penalties against farmers who produced more or less than their quotas, according to the publication. Farmers can collectively negotiate minimum prices for their products with processors through their provincial marketing boards.

Mr. Dietrich, who is also a dairy farmer, said that before implementing the quota system, some farmers were left without consumers for their products during periods of flooded markets. While dairy prices have fluctuated up and down with demand, Mr. Dietrich said Canadian farmers were still guaranteed a stable income, which has attracted prospective farmers to the industry.

Mr. Maltby said organic dairy farmers, who have also been dealing with an excess of organic skim milk in their markets, attempted to implement a supply management system in 2010, but “were not successful” in persuading buyers. Both he and Mr. Goodman, however, said all large dairy cooperatives would need to initiate and abide by any supply management system for it to work.

“By looking at the issue from a supply management point of view, we can ensure a viable and sustainable industry,” Mr. Maltby said.

Farmers and lawmakers have been pushing Canada to lower, if not eliminate, its tariffs on dairy exports through North American Free Trade Agreement negotiations to access its markets.

Mr. Dietrich, however, said Canada’s markets aren’t as large as some U.S. producers and lawmakers believe, and the those markets could not consume an ever-growing supply of U.S. products. The surplus from just a few states amounts to more than the output of the entire province of Ontario, he said.