meta Expert sees U.S. dairy industry creamed in trade disputes :: The Bullvine - The Dairy Information You Want To Know When You Need It 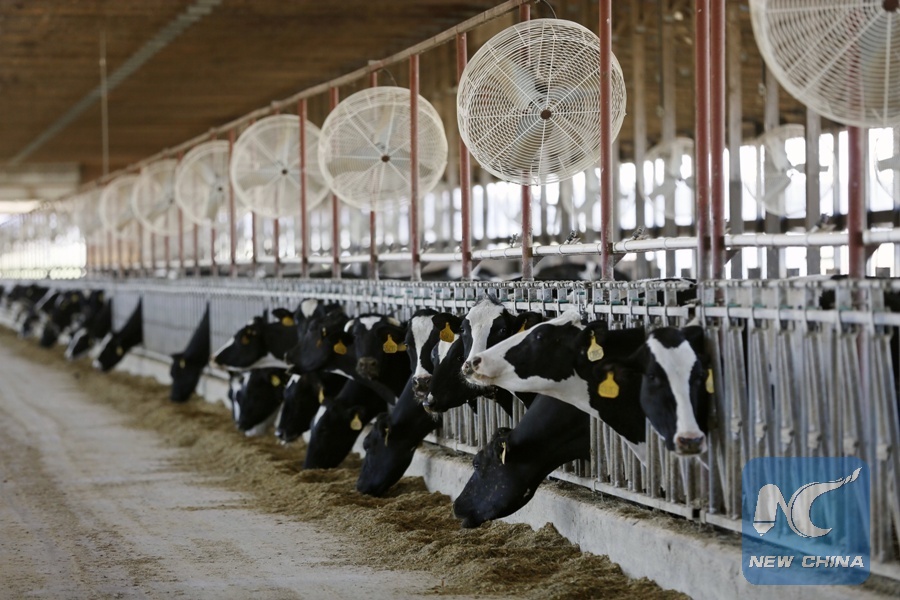 The ongoing trade frictions initiated by the United States have brought significant impact on America’s dairy products export, a U.S. expert in the dairy industry said.

If the disputes did not end soon, the United States would lose over 1 billion U.S. dollars as well as a lot of farmers, Jaime Castaneda, senior vice president of the U.S. Dairy Export Council, told Xinhua in a recent interview.

The U.S. dairy industry, which has been increasingly dependent on foreign markets after years of shrinking domestic consumption, has been stung by the trade disputes provoked by Washington.

The Trump administration’s new tariffs on many countries, including Mexico, Canada and China, major destination for U.S. milk products, have prompted retaliatory actions.

Retaliations from Mexico and China, two vital export markets for the United States, have brought damage to American dairy farmers and companies, said Castaneda, who has been in the industry for over 19 years.

Mexico, accounting for roughly one-fourth of total U.S. dairy exports, has recently added as high as 25-percent tariffs on American-made cheeses as a punishment of U.S. steel and aluminum tariffs. China has also imposed extra tariffs on imports of milk, butter, cheese and other products from the United States.

The impact has already been felt. The milk futures have dropped “in a significant way,” Castaneda said.

“We are calculating that farmers may be losing between 1 billion to 2 billion U.S. dollars just in the next few months,” the senior staff at the non-profit trade council said.

“WE ARE MANUFACTURING TOO”

Castaneda predicted that if the trade tensions cannot be eased soon, “it’s gonna to be a significant, significant problem for us.”

To voice their concern, more than 60 companies and organizations representing U.S. dairy farmers and cheese makers wrote a letter to U.S. President Donald Trump in late June, urging the administration to reconsider the imposition of new tariffs on Mexico.

“What they are asking now more than ever is to allow us to actually export our products,” he said.

Castaneda said that the Trump administration’s trade policy may boost the steel and aluminum industry in the United States, but the agricultural prices will surely be influenced negatively.

“You cannot choose one industry over another. We are manufacturing too,” the expert told Xinhua.

Castaneda pointed out that as U.S. dairy farmers and companies have already put a significant amount of investment into the overseas expansion, it will be very difficult to reverse the trend.

“China has been an amazing market and an amazing partner,” Castaneda said.

In 2017, the U.S. dairy industry exported an estimated 577 million dollars of products to China, a 49-percent increase on a yearly basis.

“We try to deliver to China the products that China is not necessarily producing and making sure the consumers in China actually have really good wholesome products at a reasonable price,” Castaneda said.

Castaneda said that over the past years, the dairy industry in the United States has evolved and changed significantly amid a diminishing domestic market and a growing demand in international consumption.

In March 2018, the export of U.S. dairy goods reached a new high, rising from 5 percent of the total production years ago to 17.3 percent.

“We are aiming at reaching 20 percent in the next five years,” Castaneda said.

However, given the current situation, the expectations are at stake.

“This is why it’s so important and we (should) resolve these issues sooner rather than later,” Castaneda said.