meta DeRuyter & Son Dairy accused of not following federal cleanup order :: The Bullvine - The Dairy Information You Want To Know When You Need It 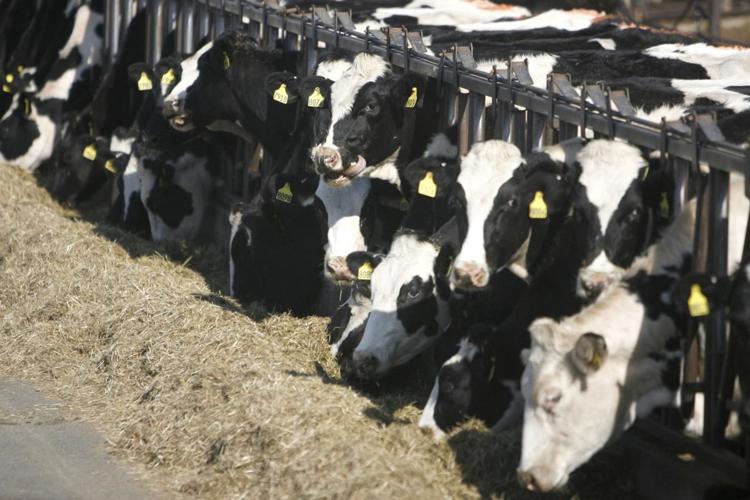 DeRuyter & Son Dairy has been hit with a complaint in federal court alleging it has failed to implement environmental safeguards required by a federal consent decree.

The 36-page complaint was filed Monday in U.S. District Court by two environmental groups, the local Community Association for the Restoration of the Environment and the Center for Food Safety.

Named in the complaint are DeRuyter & Son Dairy, its affiliate D&A Dairy and George and Margaret DeRuyter. The complaint alleges the dairy has yet to install double liners in seven animal manure storage ponds, has installed new storage ponds without any oversight and continues to over apply manure to fields as fertilizer.

The complaint requests the dairy be held in contempt for failing to abide by the decree and pay attorney and expert fees in the matter.

Yakima attorney Brendan Monahan, who is representing the dairy, said the DeRuyters have initiated new technology — a nitrification denitrification system — approved by the Environmental Protection Agency.

Denitrification removes nitrogen from discharge through a biochemical process and bacterial degradation.

The system meets requirements under the decree and has led to reductions in animal waste in storage ponds, irrigation water and soil, Monahan said.

“This should be a success story and it’s being characterized as a failure because of CARE’s arrogance to EPA science,” he said. “This is really disappointing.”

Environmental attorney Charlie Tebbutt said the dairy’s move violates the consent decree it has with the environmental groups and Lower Valley residents.

DeRuyter & Son Dairy was one of a handful of dairies known as the “dairy cluster” that entered a federal consent decree after being sued by the environmental groups, which blamed the dairy operations for high nitrate concentrations in Lower Valley drinking water.

The dairies entered the decree after a study by the EPA linked dairy practices to groundwater contamination. Under the decree, the dairies agreed to install double synthetic liners in manure storage ponds to prevent waste from seeping into groundwater and follow a stricter nutrient management plan when applying animal manure to fields as fertilizer.

The lawsuit prompted the Groundwater Management Area, which spans the Lower Valley from below Union Gap to below Grandview. The GWMA involves federal, state and local officials, environmental groups and farmers seeking a plan to clean up Lower Valley groundwater.

The dairy cluster entered consent decrees with the environmental groups and the EPA. Monahan said the decrees are separate but overlap in requirements.

The complaint says the dairy repeatedly sought extensions of deadlines to install the liners from EPA but not the environmental groups. Under the decree, the dairy was to install liners at a rate of two ponds a year but has only completed work on two since the May 2015 decree.

“All of the other seven remain in the same state they were over five years ago, when the court ordered DeRuyter to line its lagoons,” the complaint said.

The environmental groups in the complaint took issue with the dairy for only seeking EPA approval for the nitrification denitrification system.

Monahan said the EPA approved the new technology as a substitute to liners, and the system utilizes the latest technology that promises to reduce nitrate in storage ponds by 80 percent.

“This is an extraordinary and innovative investment designed to protect the environment and EPA has approved it and CARE doesn’t like it,” he said. “CARE thinks it has better science than EPA.”

“That they chose to try a different technology does nothing to obviate their requirement to install synthetic liners in their lagoons that are proven to leak,” he said.

The complaint also alleges the dairy has failed to submit an updated plan to handle manure, a stipulation under the consent decree, continues to over apply manure to fields and has provided inaccurate information about the applications.

The complaint identified several fields alleged to have had hundreds of thousands of gallons of manure applied that exceeded safe thresholds the previous year.

“Under this administration, the dairy industry has run crying to EPA to give them some relief from the settlement agreement, but they can’t do that and haven’t done that with our consent decree,” Tebbutt said. “We have a federal court order which they agreed to.”

Monahan said he had yet to review the more than 1,000 pages of supplemental documents related to those allegations.

“We will roll up our sleeves and get into this,” he said.