meta Dairy farms struggle even as Walmart milk plant opens :: The Bullvine - The Dairy Information You Want To Know When You Need It 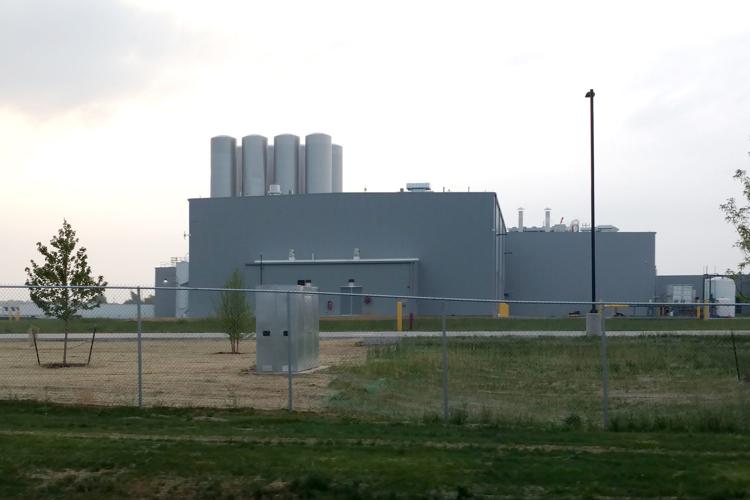 Recent years have not been easy for the dairy industry, and Indiana’s milk producers welcome any help they will see from the processing plant Walmart just opened in Fort Wayne.

More than 100 farmers across much of the country, including at least 25 in Indiana, were notified earlier this year that due to an oversupply of milk, their contracts with Dean Foods would not be renewed. They had until May 31 to find a new market for their milk.

In Indiana, “they were scattered throughout the state,” said Doug Leman, executive director for Indiana Dairy Producers. “Most of the larger farms that were affected were in central to northern Indiana.”

Because Dean Foods supplies Walmart with milk, there was speculation in the dairy-farm community that the additional milk processing capacity coming to the industry from the new Fort Wayne plant contributed to Dean’s decision to cut back on the amount of milk it would process.

“That was used as a reason, but Walmart’s plant has been coming for three years.; we’ve all known it was coming,” Leman said. “This was not a Walmart issue; it was not a Dean issue. It was a ‘too much milk’ issue, is what that boils down to.”

Low milk prices resulting from oversupply have driven a number of Indiana dairy farms out of business. Leman estimates the state lost at least 50 dairy farms last year and easily the same number in 2016.

“Traditionally there is quite a bit of volatility in the dairy market but, since 2015, it has been sustained lower prices,” said Jackie Boerman, an assistant professor in animal sciences and dairy extension specialist at Purdue University. “For many dairy producers it is below the cost of production.”

In Indiana, this means that there were a number of farms that went out of business.

“For the first time since Indiana was settled and dairy cows were introduced, we are under 1,000 dairy farms,” she said.

Folding farms sell off what equipment and livestock they can, so the number of cows in the state has not dwindled, and the loss of dairy farms in Indiana has not reduced its milk production.

Walmart announced in 2016 it planned to build a milk-processing plant of more than 250,000 square feet at 2322 W. Pleasant Center Road  in south Allen County. That makes it one of the industry’s largest.

Executives with the company said the highly efficient facility would leverage the latest technologies to process white and chocolate milk for more than 600 Walmart and Sam’s Club locations, sold under the Great Value and Member’s Mark labels.

It will supply milk to stores in Indiana, Ohio, Michigan, Illinois and northern Kentucky and was expected eventually to create more than 200 jobs, from milk processing to transportation.

Gov. Eric Holcomb was on hand June 13 when Walmart celebrated the grand opening of the facility, which originally had been expected to open by the end of last year.

At the time Walmart announced plans for the plant, Indiana ranked 14th in the nation for milk production and second for ice-cream production, with about 184,000 milk cows capable of producing 61 pounds of milk per day, accounting for close to 2 percent of U.S. milk production.

“Walmart has direct contracts with a number of farms to supply milk,” Boerman said. “These farms now have contr

acts with Walmart so they have a place for their milk to go as long as the contract exists. I do not believe that Walmart is offering much of a premium over the open market. There is another portion of their milk that they are getting from cooperatives; this is supplying a market for farms who are in those co-ops.”

More milk produced in Indiana, Ohio and Michigan will be processed in Indiana as a result of the Walmart plant’s location in Fort Wayne, and because producers bear the cost of getting their milk to a processing plant, the facility’s location could reduce transportation costs for some farmers in the region.

“Having more jobs locally impacts the broader economy but, I am not sure that it will increase dairy-cow numbers locally because there is currently a lot of milk available in a short distance from Fort Wayne,” Boerman said.

Leman believes the Walmart plant had most of its direct dairy-farm contracts in place before Dean announced it would be cutting back its processing. But some Indiana farms losing Dean contracts arranged to sell to co-ops supplying the facility.

“When something like this happens, milk has to go through a shuffle,” he said. “When somebody stops buying, it does not mean demand has gone away. Unfortunately, there were some farms that did not pick up a new market. The reality is it’s a career change for that family that is a very difficult thing.”

Leman is glad Walmart located the plant in Indiana instead of Ohio, Michigan or some other state, and expects it to have a favorable long-term impact on Indiana’s dairy industry.

There are efforts underway to reduce the oversupply of U.S. milk by increasing the nation’s dairy exports, and Leman said a boost of a couple of percentage points with that “could make a huge difference.”

In the meantime, “everybody just needs to drink a little more milk. Milk is good and it’s good for you,” he said. “We don’t care what kind you buy; just buy milk.”