meta Dairy Farmers Miss Out In Trump’s $12 Billion Federal Aid Package :: The Bullvine - The Dairy Information You Want To Know When You Need It 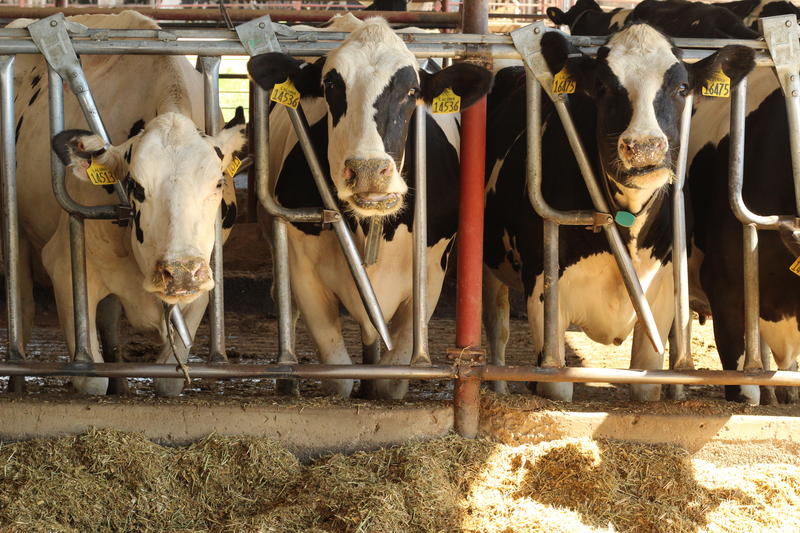 This week at a press conference in Washington D.C., the U.S. Department of Agriculture revealed details of their federal aid package meant to assist farmers caught in the crosshairs of Trump’s global trade war.

$4.7 billion will be distributed to farmers in the first round of aid as part of a plan originally announced by the administration in July. At that time $12 billion in aid was promised to farmers who had been directly impacted by retaliatory tariffs with China, Mexico and Canada.

Soybean farmers, who have been hit especially hard by tariffs from their top customer—China—will receive the bulk of the aid in this first round: $3.7 billion in direct payments. Meanwhile, producers of corn, wheat, cotton and hogs will see far less. The nation’s dairy farmers, a major Colorado industry, will see only a fraction of those dollars: about one cent per gallon, or a total of $127 million.

According to estimates by the National Milk Producers Federation, a trade association that lobbies for the interests of American dairies, this amount covers just ten percent of the total economic damage inflicted on their industry by the trade war.

Spokesperson Chris Galen says they’re not implying that other farmers don’t need or deserve the aid.

“We’re all hurting, we’ve all been negatively impacted here,” he said. “It’s just that the dairy slice of the pie is a pretty small slice.”

According to the Nasdaq composite milk prices started out low this year. That has a lot to do with competition from milk producers in other countries. But just as milk prices started to climb early this summer, China and Mexico announced tariffs on dairy products and prices fell.

For their part, many soybean farmers maintain they’d prefer “free trade over aid.”

In a statement the president of the Soybean Farmers Association, John Heisdorffer, applauded Trump, saying “this will provide a real shot in the arm for our growers, who have seen soybean prices fall by about $2.00 per bushel, or 20 percent.”

But he urged “we must remain focused on market opportunities in the long term.”