meta Dairy farmers face heartbreaking loss from storm damage :: The Bullvine - The Dairy Information You Want To Know When You Need It 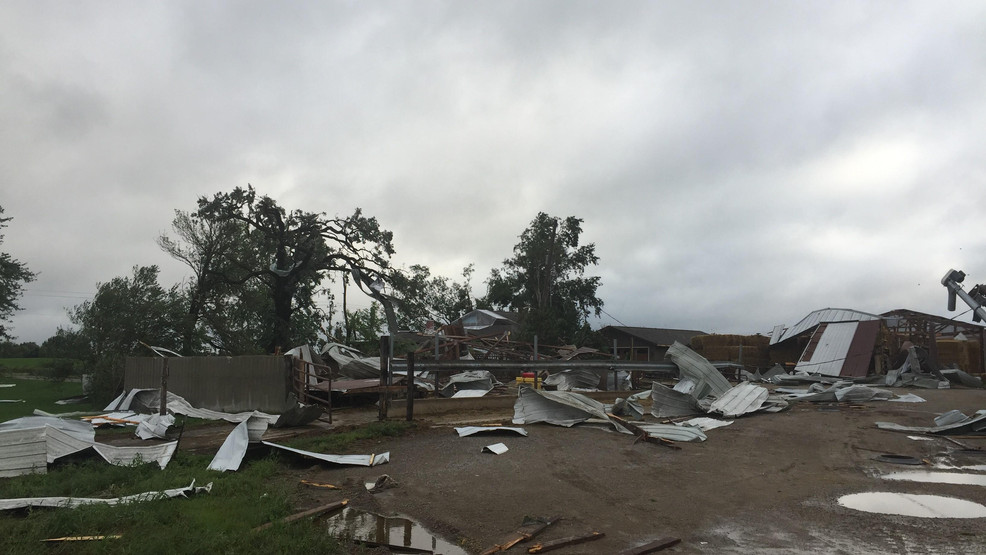 While family members were all safe, the farm in Alto was not.

For the Wetzel family, Tuesday was a scary day.

“I had one daughter at home yet, that was home by herself,” Wetzel said. “I couldn’t get a hold of her.”

But when loved ones were all accounted for, they made their way to Pebble Knolls Dairy — the family farm.

“When I come down the road, I couldn’t believe it — the mass destruction,” Wetzel said.

“My heart just fell into my pocket,” Dick Wetzel said.

For owner Dick Wetzel, Tuesday was also a sad day.

“You can’t believe how that makes somebody feel, who’s put their whole life into farming, who’s been successful, but now you’ve got nothing but a mess,” Dick Wetzel said.

And shortly after that severe weather moved through, leaving all sorts of debris and destruction behind, friends, family, neighbors, even strangers came to help save this dairy farm.

“There were cars and trucks coming from everywhere,” Todd Wetzel said.

“They backed in, and loaded up, and they headed out,” Todd Wetzel said.

In the pouring rain.

“It was going on ‘til a little after midnight,” Todd Wetzel said.

So for the Wetzel family, Tuesday was also a grateful day.

“We had an outpouring,” Dick Wetzel said. “They were as helpful as they could be.”

Family, friends, and strangers coming together to make sure a scary, sad day can be remembered as a time of hope, help, and heart.

The National Weather Service confirmed it was what it describes as a weak tornado that hit the dairy: preliminarily, an EF-1 which could have maximum winds of 110 miles per hour.