meta Dairy farmer loses thousands of dollars during blizzard :: The Bullvine - The Dairy Information You Want To Know When You Need It 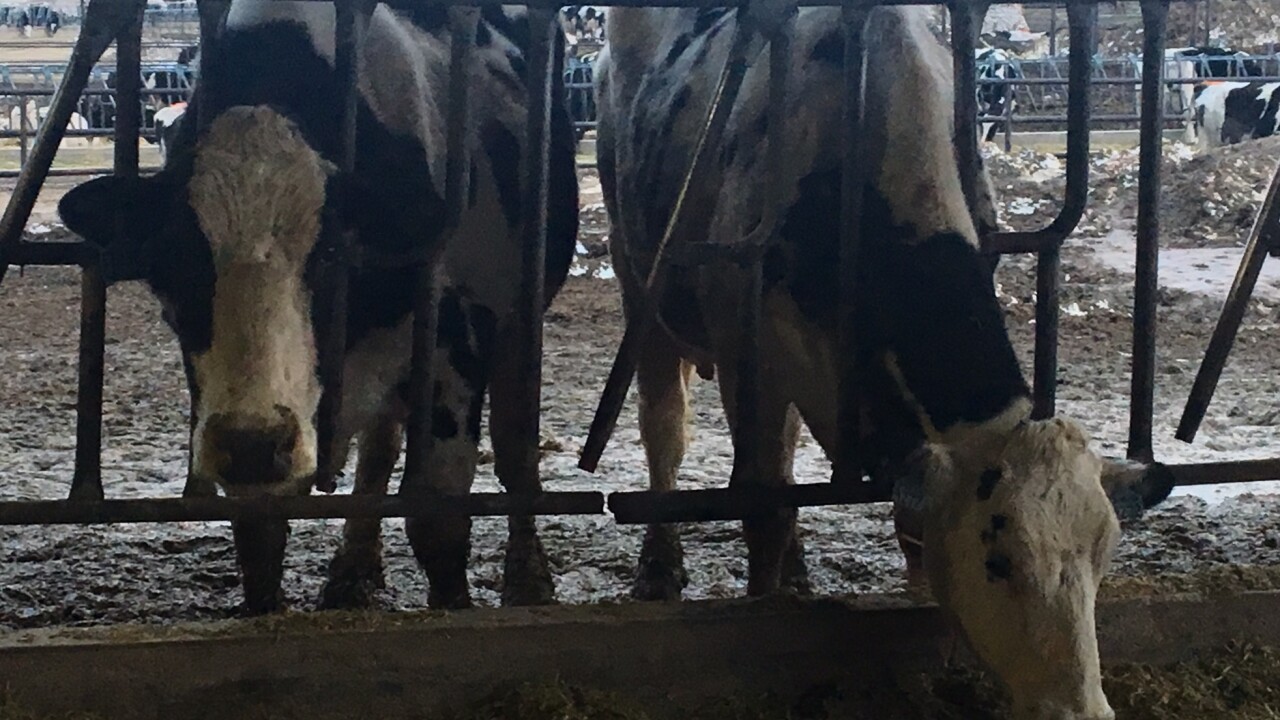 The blizzard didn’t stop a Colorado dairy farm, even though the farm lost power and had to run off a generator.

The owner, Tom Dobler, couldn’t take a snow day and his staff continued milking cows as the storm intensified.

The milk, which then travels to large holding tanks where it will sit until a semi-truck comes by to haul it away, didn’t make it to its destination on Wednesday and Thursday morning, because those trucks never showed up.

“The milk truck should’ve been here at 2 o’clock in the afternoon, we were filling up. It got caught someplace up along the Front Range, highways were closed,” said Dobler.

That’s when Dobler had to make a difficult decision.

His milking operation runs 24 hours a day, seven days a week, but he had nowhere to store the new milk that was coming in. He says he had no choice but to start emptying the tank, dumping hard work and money down the drain.

“We dumped several times during the day hoping that each time it would be enough until the truck got here, finally at 4 o’clock this afternoon it did make it,” said Dobler.

He figured he probably dumped half a semi-truck worth of milk, which amounts to about $4,000 worth of product. He said it’s a painful loss for a small family-owned farm.

“Well, I felt that too many people saw the fact that cars were stuck in Denver getting home at night, that’s all there was to the blizzard, there’s a lot more to the blizzard you know, this whole eastern sector of Colorado took a hit on this,” said Dobler.