meta Dairy company hid positive listeria results :: The Bullvine - The Dairy Information You Want To Know When You Need It 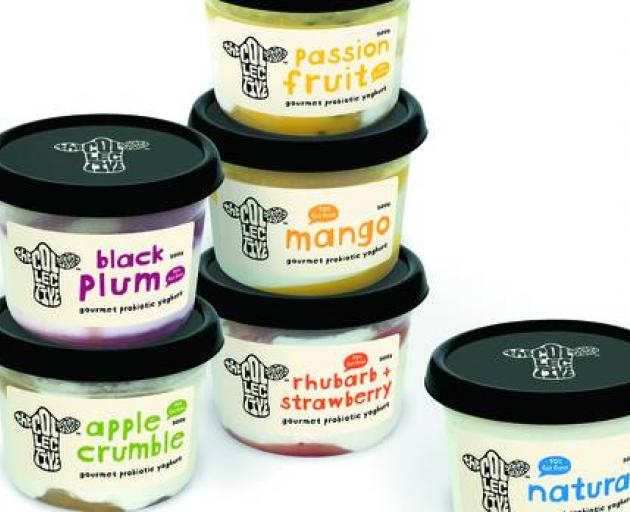 Details of the previously suppressed criminal prosecution can now be reported after court papers were released to the New Zealand Herald and the company, along with two of its ex-senior leaders, have been sentenced.

The Ministry for Primary Industries (MPI) charged Epicurean Dairy Limited (EDL), which trades as The Collective and markets a wide range of yogurt products in New Zealand and overseas.

The government department also prosecuted its former general manager and one of the company’s founding directors, Angus Allan, and Ilya Pyzhanov, a former operations manager and director.

The case came after MPI discovered EDL quality staff were directly told by Pyzhanov to not report positive environmental listeria results at the company’s Avondale factory, court documents released to the Herald reveal.

There were some 235 unreported positive results for listeria, which equated to one positive result a week for the entirety of the offending period between 2012 and 2016.

Despite no evidence suggesting any contaminated products were on the market for public consumption or affected any foreign markets, Pyzhanov’s practice facilitated the concealment of the positive listeria results.

EDL, which pleaded guilty to eight charges under the Animal Products Act, and Allan, who admitted two charges, were sentenced today in the Waitakere District Court.

Pyzhanov, who was described as the architect of the offending at today’s sentencing, has already been convicted and fined $60,000.

He was fired from EDL in November 2016 when EDL was placed under notice by MPI and was also removed as a director of the company and ceased to hold any shares.

As operations manager, Pyzhanov was in charge of the production and quality-control teams, which reported to him. He was also on the company’s senior leadership team and the EDL board.

Because listeria is prevalent in the dairy industry, a rigorous testing and reporting regime is required under the Animal Products Act and EDL operated under a risk-management programme (RMP).

Allan, a chef with experience in business development focusing on food products, was listed as the “responsible person” of the RMP, while Pyzhanov was the “designated day-to-day” manager and responsible in Allan’s absence.

As general manager, Allan – also an EDL shareholder – was responsible for several teams and was the head of the senior leadership team and a member of the EDL board.

In August 2013, after receiving several positive results for listeria during the previous year – which were not reported – some staff requested a meeting with Allan as further positive results were detected.

They sought permission from Allan to report the positive results, which Allan agreed with, court papers read.

There are several species of listeria but only the bacterium listeria monocytogenes is considered harmful to humans and can cause serious infection, disease, harm pregnant women, and in a vulnerable person even result in death.

A positive result for listeria monocytogenes at EDL’s factory was reported on August 9, 2013 to the company’s regular auditor Eurofins New Zealand, which is a recognised agency and approved by MPI to conduct diary RMP audits.

EDL was told to take corrective actions, including placing product on hold.

However, from mid-2013, EDL staff under Pyzhanov’s direction had instructed the Eurofins lab to separate positive environmental listeria results from negative results and to also provide them separately.

On 32 occasions between June 20, 2013 and April 18, 2016 the quality team at EDL was supplied with certificates of analysis wherein the positive and negative results were recorded on separate certificates, court documents read.

This practice led to the concealment of the positive results, court papers read.

From June 20, 2013 to April 25, 2016 there were at least 82 positive results for environmental listeria monocytogenes from samples taken at the factory’s critical hygiene level.

The factory floor, court papers read, was initially believed to be the source of the listeria and was identified to Allan, Pyzhanov and EDL’s board in several reports and communications from 2013 to 2016.

They were told the floor needed replacing but it would have required EDL to halt its production.

During every audit from April 5, 2012 to April 30, 2016 EDL concealed all positive environmental listeria results at the direction of Pyzhanov, court papers read.

Only two results of listeria monocytogenes were reported in August 2013 at the instructions of Allan.

During one audit when EDL staff were asked why there were no sample results from a specific area of the factory they said they had run out of swabs.

Court documents show Pyzhanov knew listeria, including pathogenic listeria monocytogenes, was a recurring issue in EDL’s level-three area where yogurt and cheese was being produced.

In August 2016, a composite sample of yogurt and halloumi tested positive for listeria monocytogenes and was reported but the following month EDL withheld further positive environmental results.

During the following month, after a request by MPI, Pyzhanov purported to supply the government department with EDL’s previous 12 months of environmental listeria.

But he omitted all positive listeria results.

In October 2016, and at the direction of Pyzhanov, EDL also falsely said in a statement it had “achieved 8-day consecutive negative environmental results between 23rd to 30th September”.

It had in fact received positive results for listeria monocytogenes during that period.

In an interview with MPI investigators, Allan said he did not know the details of the process of pathogen swabbing and had no knowledge of positive results which were not being reported.

He also said he was unaware that documents were being falsified.

The court heard today an employment investigation had cleared Allan of any wrongdoing and pointed the finger at Pyzhanov.

The court heard Allan remains employed at EDL but in a creative role.

Pyzhanov, however, claimed he told Allan of the positive results but was instructed not to report them.

He said he believed the positive results were mainly from the factory floor and the company should have been reporting them.

Pyzhanov said he made inquiries and gained quotes to replace the floor but the request was denied every time. Court papers, however, show Pyzhanov’s claims are not supported by contemporaneous documentary evidence.

After MPI discovered the non-reporting breaches, EDL’s processing was closed for two to three weeks from November 2016.

In a statement to the Herald, EDL said it accepted there would be public concern about historical misreporting of listeria results at its factory.

“We want to apologise and reassure everyone that food safety is a top priority for us and that no unsafe products ever sold to the public,” the company said.

“As soon as were informed of the misreporting we acted immediately. The factory manager who was responsible for this reporting left the business three years ago.”

EDL said a “thorough independent investigation” was also conducted which led to significant updates to its factory and processes.

“We have been working closely with MPI long before the misreporting instances and since. Together, we have undertaken a frequent testing and auditing programme and have now achieved MPI’s highest level rating possible for our quality systems.”

Other steps EDL said it had taken included investing in all key areas where there may have been a source of contamination including building and plant upgrades, as well as new equipment.

New managers who are well-credentialed with extensive industry and quality control experience have also been appointed, EDL said.

The company assured the Herald there had been no non-reporting issues since August 2016.