meta Dairy co-op finds temporary solution after losing Kraft contract :: The Bullvine - The Dairy Information You Want To Know When You Need It 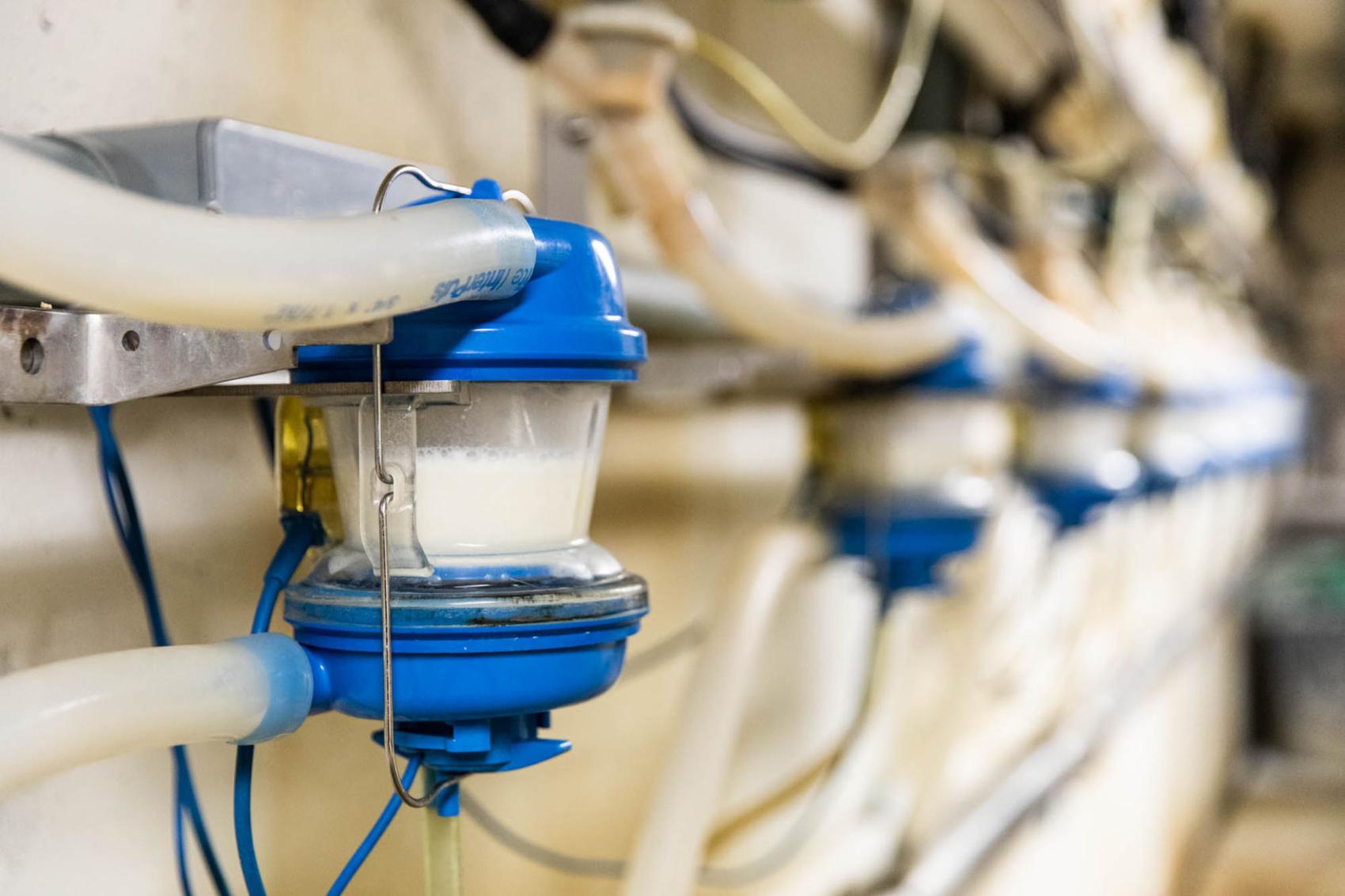 Milk makes its way through a collection system. The milk flows down from the automatic cow milking machine. Sydney Schaefer/Watertown Daily Times

The local dairy cooperative that lost its contract to sell milk to Kraft last month found a temporary solution that should bring in revenue, albeit less than usual.

But the group of almost 30 local farmers united through Jefferson County Bulk Milk Cooperative has still been searching for a longer-term buyer for its milk that would also pay a normal price.

Upstate Niagara Cooperative had previously agreed to purchase about 30 percent of what the local co-op’s member farmers typically produce, which the company has used to make yogurt at its North Lawrence plant. The group, however, still needed to find a home for the rest of the milk.

In the evening of Dec. 31, the last day of the co-op’s existing contract with Kraft, member farmer Lynn A. Murray, co-owner of Murcrest Farm, Copenhagen, said he received a call from the group’s broker telling him they found a short-term home for the group’s milk. Maryland & Virginia Milk Producers Cooperative, Reston, Va., purchased the local co-ops milk for two days, Mr. Murray said. The local co-op received below market value for its milk because it was collected as surplus for production. Even with a lower price and higher transportation costs, Mr. Murray said the deal served better than earning nothing and having to dump the milk.

“It was the closest market we could find in those two days,” he said.

After New Year’s Day, the local co-op took to the spot market, in which processors seek to buy extra milk for short periods, and secured deals to sell and transport milk to three New York plants through Sunday.

Kraft, the same company that rejected the local co-op’s bid for a year-long contract, purchased milk to have sent to its Lowville and Walton plants, and Cayuga Milk Ingredients purchased milk for its Auburn plant, Mr. Murray said. Both larger cooperatives, like the one in Virginia, bought the local group’s milk for less than normal price, as they also considered it surplus supply.

“Between those three spots (and the North Lawrence plant), we were able to market all of our milk,” Mr. Murray said, “and we haven’t dumped any milk so far.”

The co-op will most likely have to return to the spot market on Thursday to strike more short-term deals, unless its broker can find a buyer willing to pay a normal price for a longer period of time.

While the temporary deals with Kraft and Cayuga Milk provide revenue, as opposed to earning none from having to dump milk, Mr. Murray said bringing back less money for his farmers because they have to accept a lower than average price, at a time when milk prices fall short of the cost of production, has been “emotionally hard to do.” He said he hopes the group’s broker can find buyers willing to pay the normal price other farmer groups receive for a month or a couple months until they can strike a deal similar to the contract with Kraft.

This co-op has worked hard to find a market and worked hard to make sure its farmer members stay in business,” said Jay M. Matteson, agricultural coordinator for Jefferson County Economic Development. “We’ve stayed in touch. We’re willing to do whatever we can to try to assist them.”

Kraft, which had been the sole buyer for the local co-op’s milk last year, notified the group of its decision to no longer purchase its milk on Dec. 2, which left little time for Mr. Murray and his fellow farmers to find a new buyer. Unlike its Jefferson County counterpart, Lowville Producers Dairy Cooperative received a year-long contract to sell its milk to Kraft.