meta Cow steals spotlight at student’s graduation photo shoot :: The Bullvine - The Dairy Information You Want To Know When You Need It 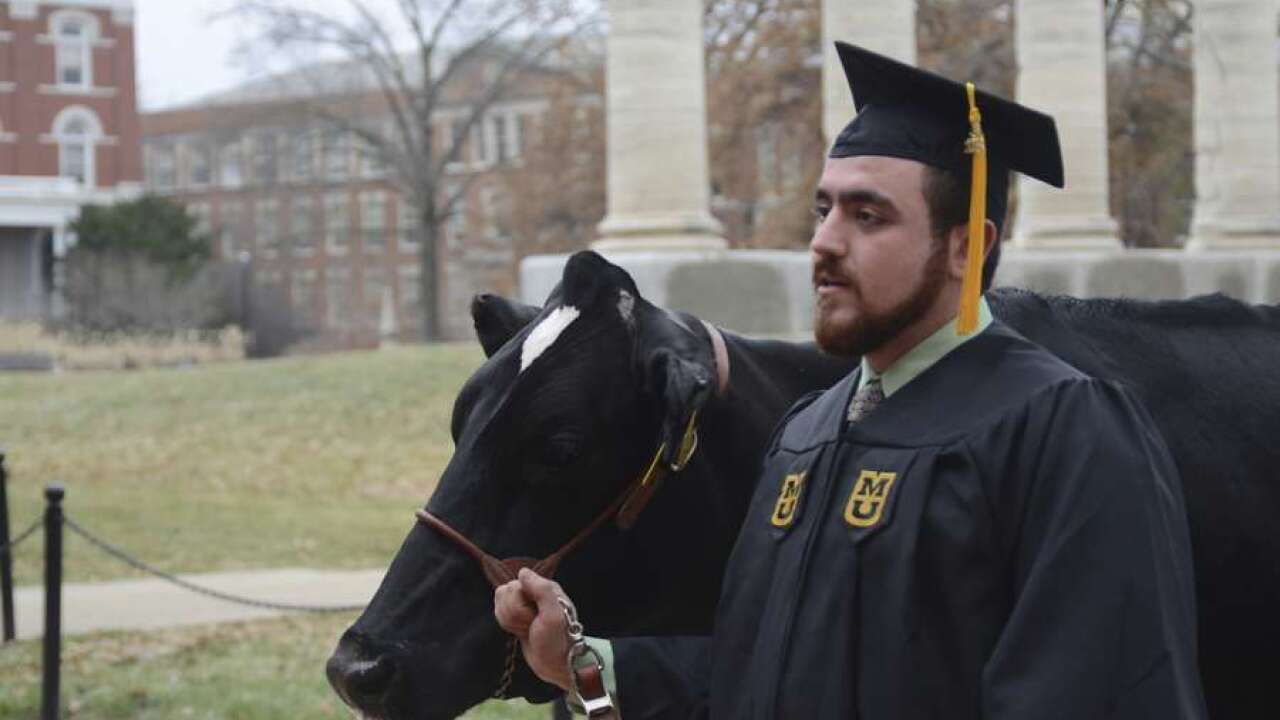 Montalbano worked with cattle throughout his undergraduate studies with the university’s Foremost Dairy Research Center.

Spain says it’s not the first time a student has asked him to bring a cow to campus. But it was still a rare sight to unsuspecting bystanders.