meta Controversy After Farming Company Uses Models To Sell Agricultural Machinery :: The Bullvine - The Dairy Information You Want To Know When You Need It 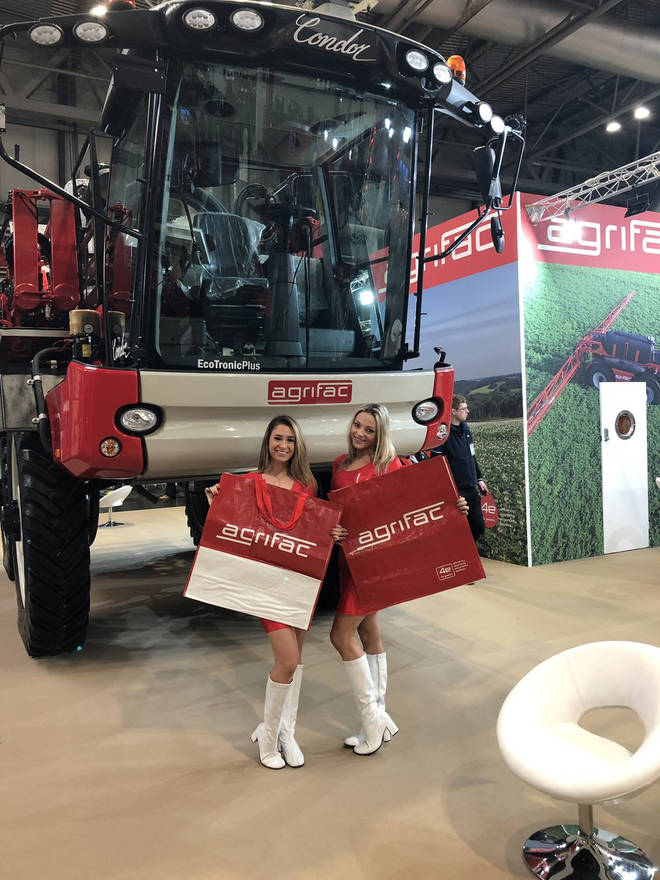 Agrifac hired the models for the Lamma show in Birmingham. Picture: Agrifac

A tractor manufacturer has come under fire for using models to help sell their agricultural machinery.

At the Lamma trade show in Birmingham, agricultural firm Agrifac encouraged visitors to get selfies with the glamorous “girls” at their stand.

The company posted a picture on Twitter, writing: “Come and see the girls @lammashow today and tomorrow in Hall 9!! Don’t forget to tag us in any selfies with them.”

But some people criticised the decision as outdated.

Christine Tacon responded on Twitter: “I am afraid this sort of promotion isn’t acceptable any more. Don’t your products sell themselves?”

Another wrote: “Really….21st century farming still using ‘come and see the girls’ as a sales pitch?”

But Bec Quinn, one of the models at the show, responded: “Your opinion isn’t warranted here, unless you were physically at the show and saw the engagement we were creating. Agrifac is a fantastic brand and employed us as a way to boost more interaction. I mean, how dare a company try to do such a thing.

“We are not silly girls. We are intelligent young women, who have gone to university and like this kind of work for its fun nature. People seriously need to lighten up and learn to have a little fun!!”