meta Chobani CEO: America is failing its dairy farmers :: The Bullvine - The Dairy Information You Want To Know When You Need It 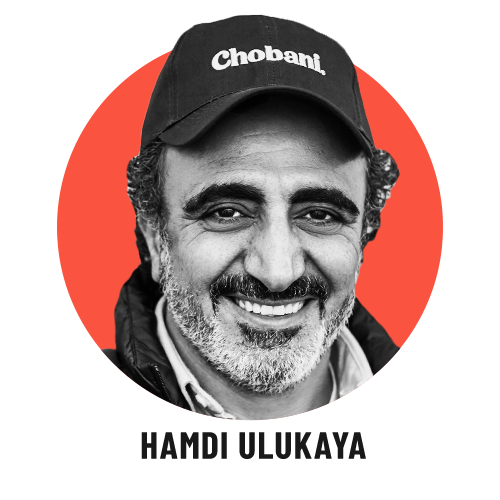 “Hamdi Ulukaya is founder and CEO of Chobani. The opinions expressed in this commentary are his own. “

Growing up in a family of dairy farmers on a mountain range in eastern Turkey, the biggest danger we faced was from wolves. When wolves attacked, they wouldn’t just kill one goat or sheep — they would kill them all. If we weren’t careful, in just a few minutes, we could lose the entire flock we relied on to make the yogurt and cheese we’d sell to market.

Today, as the founder of a yogurt company that takes in a billion pounds of milk each year, we depend on more than 1,000 dairy farms across America, and wolves are the least of their problems. Thanks to record-low milk prices, dropping dairy consumption rates, industry consolidation, global competition and unfair and untrue consumer fears that dairy causes everything from cancer to diabetes, America’s dairy farmers are facing their worst crisis since at least the Great Depression.
America has lost an average of five dairy farms per day for the last 10 years — close to 19,700 in all — but the dairy depression is never discussed publicly or in the news. Over 90% of America’s dairy farms are family-owned, with dairy generating an overall economic impact of more than $628 billion each year. And yet, although the farm bill that passed last year offers financial assistance, there’s a lot more Congress can do to help the small dairy farms that create high-quality nutrition for American families.
American farms are the backbone of rural communities. If Congress is serious about its often-stated goals of strengthening its ties to rural America, it should start with dairy farmers. It should find a way to put government on the side of families who milk cows up to three times a day on family farms — through all kinds of weather and on every holiday — to put dairy on America’s tables. We need more markets for dairy and a stable international trade policy. But strengthening America’s national milkshed isn’t just a job for government.
It requires some real change from companies that depend on milk — a holistic approach that includes committing to local sourcing and helping farmers look at ways they can be more efficient. We need the collective might from all dairy makers and others that use dairy as a key ingredient to look at ways to improve the entire system, not tackle a single issue in isolation. Because, we have to face it: The current model is broken for farmers, and it’s leaving consumers questioning everything, including the treatment of animals and workers, as well as where their food is coming from. We want to empower farmers to lead with their values and look at their way of life as a business that must be leaner, meaner and stronger to survive in a tough time for the industry.
As a step in that direction, Chobani — in partnership with many groups, including Fair Trade USA, the World Wildlife Fund, National Milk Producers Federation, Cornell University and state and community foundations in Idaho and New York — is starting a program called Milk Matters.
It has several aspects. In partnership with New York state and Cornell University, we are offering to provide small grants to farms with up to 300 head of cattle in New York state. This will help support these farms’ business planning, including budgeting and looking at potential investments that may improve profitability. We’re also working with Fair Trade USA to explore the development of the first-ever standard for fair-trade-certified dairy to ensure the well-being of workers, looking at working hours, safety training and benefits. With dairy economies down and farmers’ children being forced to choose other work, undocumented immigrants, often with little to no understanding of their basic rights, now represent 60% of all farm labor nationwide.
And finally, we’re partnering with World Wildlife Fund and the National Milk Producers Federation to assess greenhouse gas emissions and energy use on dairy farms to reduce their environmental footprints while also identifying potential ways to identify cost savings on the farm.
It will cost us more to buy our milk and run our business. But it’s clear that if we don’t act, this depression won’t end. For too long, we’ve lacked a community approach — a playbook that all can rally behind.
Back home, if wolves killed a herd, every local farmer would donate an animal to the stricken family to rebuild, because every little bit counts. We must do the same with our dairy farmers today.
This program alone won’t provide the relief farmers all over the country need. Ultimately, we need a better coalition between the government and private sector. But it is a small step from the private sector with a big message: The future of milk — and the wellbeing of dairy farmers — matters to all of us.
Source: CNN