meta Changes to Scaling of Genomic Inbreeding :: The Bullvine - The Dairy Information You Want To Know When You Need It

Changes to Scaling of Genomic Inbreeding

CDCB routinely distributes pedigree-based and genomic-based inbreeding values. With the April 2021 evaluations, revisions were made in the scaling of genomic inbreeding to account for X chromosome differences between males and females.

What are the key takeaways?

What was the change made?
In cattle (and humans), the inheritance of the X chromosome is different between sexes. Males have one copy of X and one of Y, whereas females have 2 copies of X.

Because males were predominantly genotyped in the early phases of genomics, the genomic inbreeding was originally scaled to match pedigree inbreeding using males. In recent years, genotyping of females increased drastically. Until now, the scaling of genomic inbreeding values included females but did not account for the differences in the X chromosome between sexes. 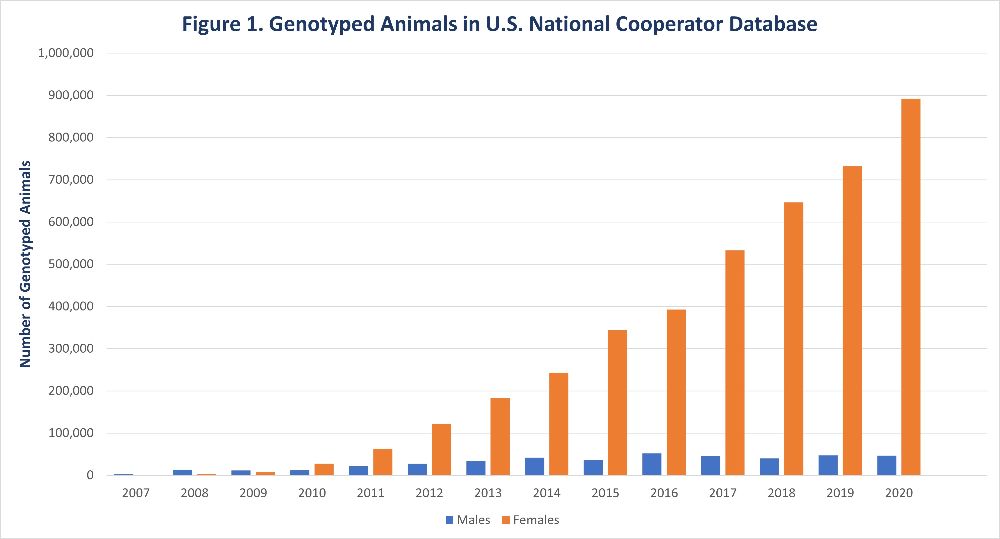