meta Canadian Inbreeding Update :: The Bullvine - The Dairy Information You Want To Know When You Need It

Each year, based on official animal registration and pedigree information within its database, Canadian Dairy Network (CDN) computes current statistics related to the level of inbreeding within the Canadian cow population of each dairy breed.  In this way, the average level of inbreeding for animals born in the most recent complete calendar year as well as trends in the level of inbreeding over time can easily be monitored.  The following table is based on females born in Canada since 1970 up to and including registered heifers born in 2015.

Below is a graph showing the inbreeding trend for the four largest dairy breeds based on registered females born in Canada since 1970 as well as a specific graph for the Holstein population alone.  For further information, please feel free to contact Canadian Dairy Network (CDN). 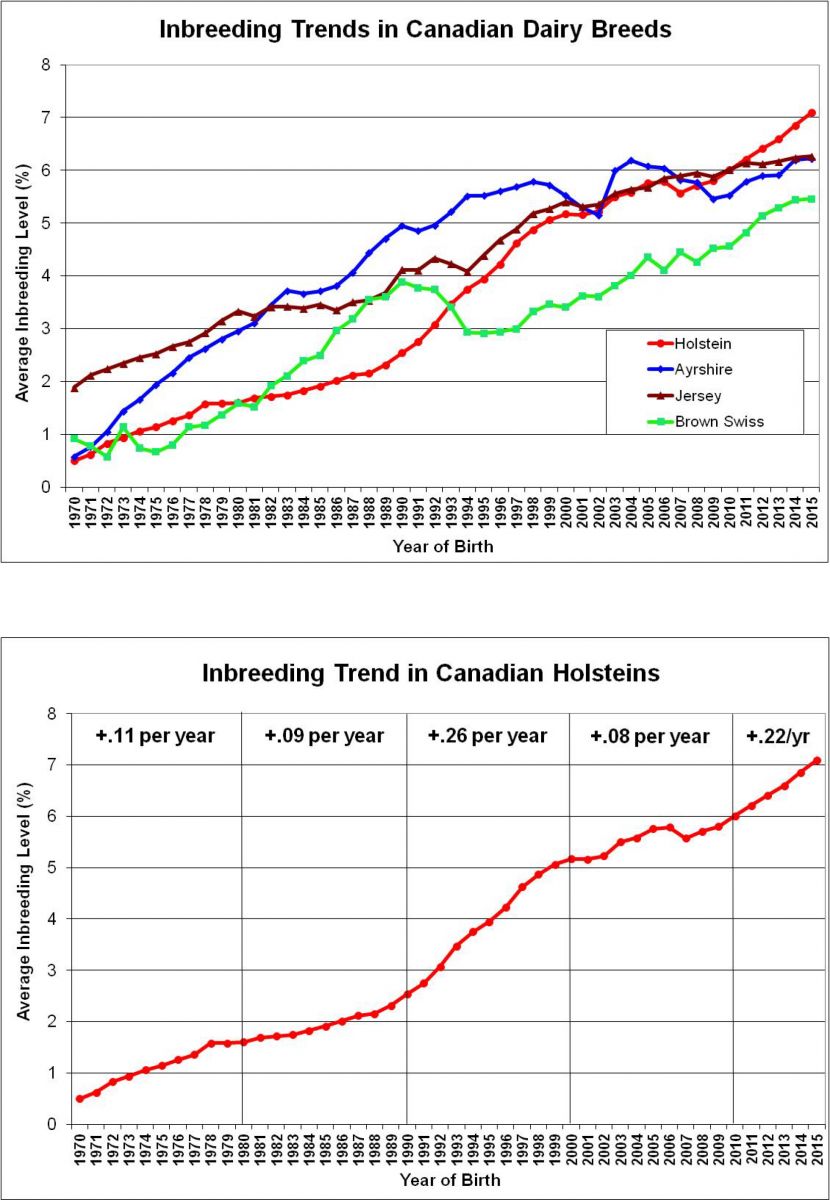