meta Brown Swiss Historical Society Presents 2018 Awards :: The Bullvine - The Dairy Information You Want To Know When You Need It

At the recent National Brown Swiss Convention in Coralville, Iowa, the Brown Swiss Historical Society presented their Master Breeder Awards (established in 2010). Honorees are recognized for their breeding program and achievements of their herd. Contributions to the breed and the Association also are important attributes for recipients of the awards. Voting by Brown Swiss enthusiasts determine the winners.

The Historical Master Breeder Awards honors a breeder who either is deceased or retired. This year’s recipient was Roy Arnold, Arnola Farm, Lexington, North Carolina. After initial purchases back in the 1958 and through early 70’s,the Arnola herd was 100% homebred and Brown Swiss. Consigning special cows to National Sales, the Arnola genetics spread throughout the country/world. Most famous and one of the highest profile brood cows of the breed was Arnola Peggy Priscilla “5E91/30,250 milk/All American Nominee/2x National Total Performance winner/Superior Brood Cow”. She had 81 offspring which included 3 National Total Performance Winners, 14 “Excellent” daughters, several of which became “Superior Brood Cows”. Priscilla sold in the 1986 National Sale for $10,000. 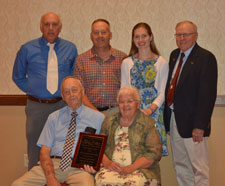 The Active Master Breeder Award goes to a current Brown Swiss herd exemplifying strong cow families both in their own herd and sold to others as foundation cows. Top management and participation in breed programs leads to their success. Ronnie Daubert and his sons, Dennis and Ronald Ray, of Wind Mill Farm, Pine Grove, Pennsylvania are the 2018 honorees. Dennis’ son, Andrew has also joined the operation. Key purchases through the years have become foundation cows of the herd. Herd members have been Honor Roll Class Leaders, won the breed’s production award and appear on Lifetime Production Lists. They’ve also consigned animals to sales which have done well for others. A special one was a consignment to the 1982 Iowa National sale. In 1988 and 1989 her daughter, Lyndale Convincer Elaine, was the first Brown Swiss Supreme Champion at World Dairy Expo. A sale consignment in 1917 became an All American for the new owners.

Pioneer Award: Larrabee Family, Clermont, Iowa. William Larrabee was the third Iowa breeder to bring Swiss to Iowa in 1883. In 1885 the herd was the first of the breed exhibited at the Iowa State Fair under the farm name, “Montauk Herd”. In 1905 the majority of the herd was moved to a farm near Fort Dodge. William’s sons, Frederic and Charles assumed management after William’s death in 1912. The herd was one of the best known herds in the country until it’s dispersal in 1935. William Larrabee was a state senator at the time of his introduction of Swiss into Iowa and later was Governor from 1886 to 1890. William served on the Brown Swiss Association Executive Committee from 1889-1893. William’s son, Frederic, was the first President of the Iowa Brown Swiss Association in 1926. He also was a state legislator and president of the Iowa State Dairy Association for 19 years. He was named Dairy Shrine Pioneer in 1961. 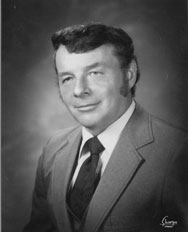 Meritorious Service Award – Bernard Monson, Gowrie, Iowa.During 2003 and 2004, discussions on memorable cows and herds spiked interest in finding a way to preserve Brown Swiss history and memorabilia. Bernard Monson was enthusiastic seeing it happen. In 2006 he chaired the first organized meeting where the group drafted a proposal to create a Brown Swiss Historical Society. At the meeting, he was selected as the first President. Bernard has also contributed greatly to the Association, by serving as Association President (1974-1979), Director (1964-1970), and later classifier and area representative. Bernard was owner of Meadow View Farm; two Meadow View bred animals were Meadow View Destiny and Meadow View Jerami M. In the early days of World Dairy Expo, Bernard enjoyed showing Schulte’s Sunwise Pat, Grand Champion at the Central National 3 years in a row and was also a 5-time All-American. At the 1969 National Show, a new class was initiated entitled “Special Production Class”. The trophy was sponsored by Meadow View Farm and eventually renamed the “Meadow View Trophy” Total Performance Award through 1982.