meta Bloomer dairy farm sues Cornell electric company :: The Bullvine - The Dairy Information You Want To Know When You Need It 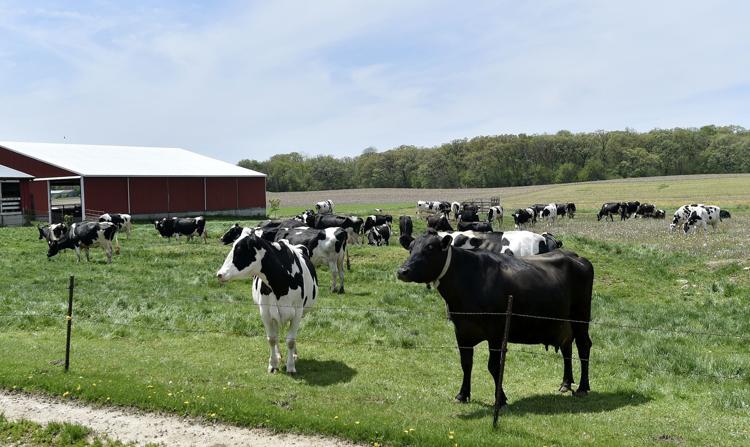 A group of Bloomer dairy farmers is suing Cornell-based Chippewa Valley Electric Cooperative, claiming that stray voltage from the cooperative’s equipment is harming the dairy herd.

The lawsuit was brought by LaGesse Dairy Farms. Thomas C., Catherine J. and Deanne M. LaGesse and Conrad Willi, all of Bloomer.

Stray voltage levels are small degrees of voltage traveling through parts of livestock buildings or equipment, according to a 2010 report from the nonprofit Midwest Rural Energy Council.

Farmers may find stray voltage when animals are reluctant to touch or go near part of a barn or piece of equipment, or refuse to drink from certain containers, according to the MREC report.

Animals can receive a tiny electric shock if the stray voltage levels are high enough, according to the MREC.

The cooperative’s stray voltage levels caused “decreased milk production, injury and damage to the dairy herd … lost profits and income (and) incurred veterinary and other expenses,” according to the lawsuit.

The cooperative was negligent in “construction and maintenance” of equipment and did not warn LaGesse Dairy Farms and others of stray voltage, according to the lawsuit.

The LaGesse farm is asking for damages, costs, disbursements and attorney’s fees.

The cooperative denies the claims in the lawsuit, according to a court filing from its attorney Rhea Myers of Wheeler, Van Sickle and Anderson, S.C. of Madison.

“Any damage is due to the plaintiff’s fault,” Myers wrote in a court document.

The LaGesse farm failed to “provide timely notice of their claims, allegations and/or alleged damages” in time for the cooperative to investigate, Myers wrote.

The lawsuit was moved to Chippewa County from Taylor County Monday.

The LaGesse farm protested the move, saying a Taylor County court would be more likely to find an “unbiased jury pool.”

Federated Rural Electric Insurance Exchange was also named as a defendant in the lawsuit.

As of Tuesday evening, no court date in Chippewa County has been set.