meta Behind Trump’s dairy rant :: The Bullvine - The Dairy Information You Want To Know When You Need It 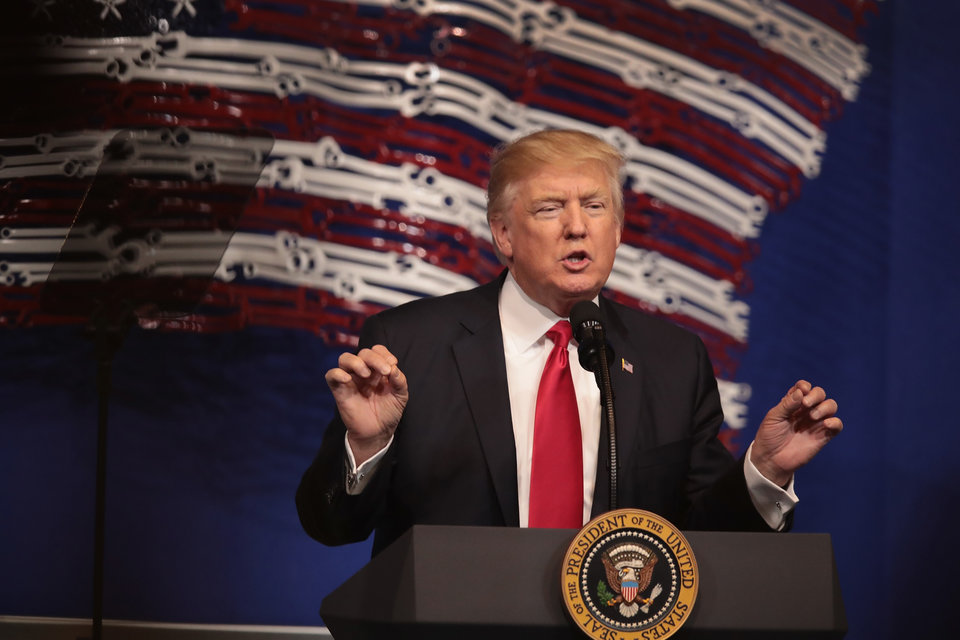 President Trump’s weekend rant against Canada’s dairy policies has deep roots in electoral politics — namely, those of Wisconsin, a state that responded to Trump’s “America First” trade rhetoric and helped him win the White House.

It was there, in April 2017, at a Snap-on tools factory, that Trump chose to unveil his “Buy American, Hire American” executive order aimed at giving domestic manufacturers preference in government contracts. And that was when Trump first blasted “some very unfair things” in Canada’s dairy trade regime.

Trump, who has been prone to a bit of magnification, in this case actually understated the Canadian tariff during last week’s Group of 7 summit in Quebec — it’s as high as 313.5% for butterfat, compared with the “270% on dairy” the president cited.

From there, though, the situation gets a lot more complicated.

Canada exported much less — $149 million — to the U.S., according to the Canadian government. (There is ample dispute over how much of that southward traffic consists of dairy products made from U.S. ingredients.)

For those keeping score — and that would certainly include Canadian dairy farmers — that’s roughly a 5:1 trade imbalance in favor of the U.S.

The escalating statistical war may have consumers’ heads spinning fast enough to churn butter. Nearly everyone knows Canada is a partner in the North American Free Trade Agreement. So, why isn’t dairy trade “free?”

It turns out some exports are freer than others.

For instance, Canada has complained regularly that U.S. subsidies on corn and other crops give U.S. growers an unfair advantage.

NAFTA’s “free” trade elements have rolled out slowly over decades, and the pact never fully opened Canada’s dairy market. Ottawa was allowed to keep its tight control of dairy supplies and prices, a program it calls “supply management.” Canada can dun U.S. imports severely once they exceed about 10% of the market.

U.S. farmers have gained a lot more from trade with Mexico, whose imports of U.S. dairy products skyrocketed under the agreement, to $1.3 billion.

Canadian dairy farmers on Monday goaded their U.S. counterparts for producing vastly more than the market demands. That has swelled U.S. cheese and butter reserves to hundreds of millions of pounds. Wisconsin alone produces more dairy products than all of Canada, noted Pierre Lampron, president of Dairy Farmers of Canada.

“Clearly, the Canadian market is too small to make a dent in U.S. overproduction,” Lampron said.

California exported $1.4 billion in dairy products in 2016, about 12% of which went to Canada, according to the state Department of Food and Agriculture.

U.S. dairy exports, however, have largely plateaued at about 15% of production. The industry has launched an ambitious plan to increase exports to 20% by 2020.

The effort is being pushed by the export council, headed by President Obama’s former agricultural secretary, Tom Vilsack, an Iowa native. While Vilsack glowingly referred to Mexicans as “our brethren” in dairy trade, he said the U.S.-Canadian relationship “can best be described as heavily strained,” during congressional testimony last year.

Canada’s dairy lobby spends an estimated $80 million to $120 million to keep the relationship just so, making it a “political third rail,” according to the CanadaWest Foundation, a policy think tank.

That change fueled dairy support for renegotiating NAFTA, which already had been a core tenet of Trump’s trade policy. Another was abandonment of the Trans-Pacific Partnership, a 12-nation accord that would have given the U.S. an additional, albeit thin, slice of the Canadian dairy market.

Both NAFTA 2.0 and a revamped TPP, without the U.S., have drawn the ire of Canada’s dairy industry, which is centered in the eastern portion of the country where its political support is highest.

Asked about retaliating to U.S. tariffs on aluminum and steel, Trudeau said in a news conference at the end of the G-7 meeting that while Canadians are known to be polite, “we will not be pushed around.” Trump responded with tweets characterizing Trudeau as “dishonest and weak,” and followed later with a tweetstorm from Singapore, where he was preparing for a summit with North Korean leader Kim Jong Un.

“Sorry, we cannot let our friends, or enemies, take advantage of us on Trade anymore. We must put the American worker first!” Trump wrote. “Fair Trade is now to be called Fool Trade if it is not Reciprocal.”