meta Award-winning dairy calls it quits :: The Bullvine - The Dairy Information You Want To Know When You Need It 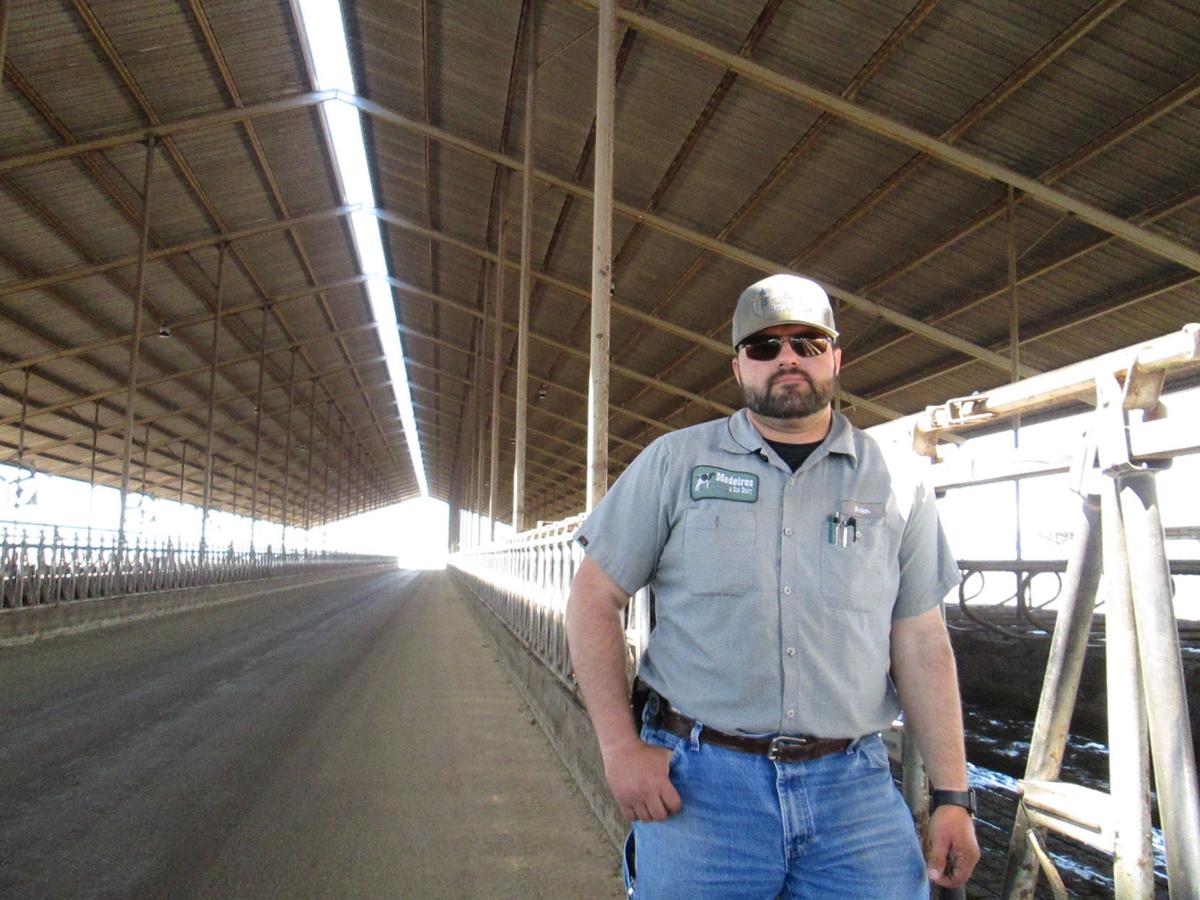 Brian Medeiros sat in the office of his Hanford dairy Tuesday and let out a long sigh.

On the desk was a pile of paperwork that had to be sorted through, the visual evidence of what it takes to wrap up the Medeiros and Son dairy after 27 years in the business.

Looking out the window, he could see the barns and corrals looking neat and clean in the midday sun.

It was eerily quiet. The bulk of the nearly 5,000 milk cows and heifers that had called the dairy home were auctioned off Saturday.

The dairy itself, along with 1,200 acres to support it, had already been sold.

Driving out to the barns, Medeiros got out of his mud-spattered pickup, walked into the corrals and softly whistled to herd some of the few remaining cows from one pen to another.

They responded to his voice, hustling through a section of slippery ground they had been reluctant to cross.

“It’s still kind of a bittersweet moment,” said the 29-year-old Cal Poly graduate, who took over the reins from his parents. “I don’t know if the feeling has subsided yet.”

Medeiros and his parents had hoped the milking operation near the intersection of 14th and Kent avenues would survive for generations to come, but he said a variety of factors motivated them to call it a day and move on.

One issue they faced was the increasingly complex groundwater regulations dairies have been hit with in recent years.

Regulators are concerned about nitrates from manure getting into groundwater, so they’ve increased the reporting requirements for manure application on fields and required dairy farmers to demonstrate that they aren’t applying more than the feed crops can absorb.

Then there is the roller-coaster ride of California milk prices and feed costs, which have fluctuated wildly in recent years.

The up-and-down swings have driven many Kings County dairies out of business and forced others to consolidate and get leaner.

If those had been the only two factors raising his production costs, Medeiros might have stayed in the game.

He was already one of the most efficient operations in the area, having more than once been recognized as the highest-producing dairy in Kings County by the Dairy Herd Improvement Association.

In addition to that honor, Medeiros received the Young Farmers and Ranchers Award from the California Farm Bureau Federation in 2014.

Medeiros has prided himself on paying his workers a living wage, recycling water and running a clean, tidy operation.

He installed a large solar panel array in 2015 to save on the power bill.

But another big factor has come into play that’s been harder to manage: increasing labor costs and labor shortages.

Medeiros said that recently adopted overtime rules in the state increased labor costs by 15 percent for the dairy’s 27 workers.

It’s well-known that dairies face a greater labor challenge than other types of farming.

Cows get milked around the clock. Unlike seasonally harvested field crops, there has to be a shift of workers on the job at all times.

“A dairy is the most difficult thing you can do,” said fellow Hanford dairyman Dino Giacomazzi.

Medeiros said that last summer, a labor shortage made it hard to fully staff his dairy with effective workers.

Get news headlines sent daily to your inbox

The challenging work on a dairy is largely done by immigrants, many of whom speak Spanish.

Like many owners, Medeiros has had to become nearly bilingual in Spanish in order to manage the operation.

He called the labor problem “probably the straw that broke the camel’s back.”

“We had all these different factors we were dealing with,” he said.

Seeing Medeiros and Son bow out has other local dairy operators wondering who else might be tempted to call it quits.

“I’ve always admired and respected the way [Medeiros and his parents] have treated their operation,” Giacomazzi said. “It’s just unfortunate that under a certain climate, people who do this as well as they do feel like they can’t continue doing it. That’s the sad part.”

Giacomazzi said that the dairies that have survived up to now – dairies like his and Medeiros’ – have already become super-efficient, which leaves little room for further belt-tightening to offset the increasing cost of complying with multiplying regulations.

“[Medeiros and his parents] cared as much as anybody about their cows,” he said. “They invested in their dairy.”

Medeiros said he plans to keep farming on 800 acres the family has retained in Kings.

He’ll harvest a wheat crop this year that’ll eventually end up in somebody’s cereal and bread.

Medeiros said he’s still optimistic about the future of California’s agricultural industry despite the challenges.

“I think farming will remain a top economic activity,” he said. “We have a lot of people here who need to eat.”