meta American Milk Myth: New Undercover Investigation Challenges Organic Milk :: The Bullvine - The Dairy Information You Want To Know When You Need It 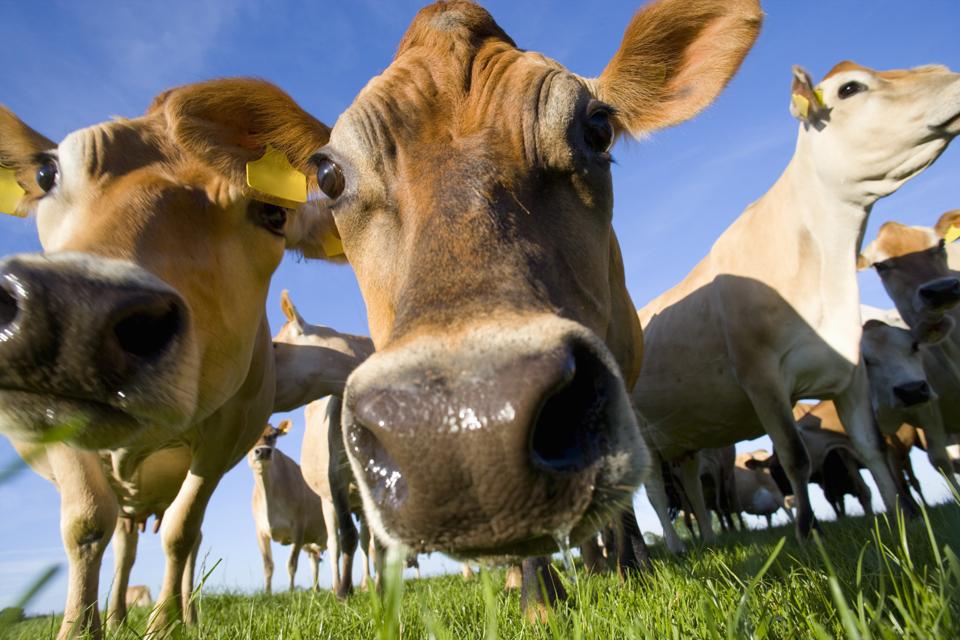 A new investigation from the group that took on the Disneyland of agricultural tourism, Fair Oaks Farms, is now putting the spotlight on the organic dairy industry. The Animal Recovery Mission’s latest target is Natural Prairie Dairy, an organic operation supplying raw milk for the in-house organic brands of multiple supermarket chains nationwide. Kroger and Meijer announced Friday that they’re suspending milk deliveries from the Texas-based dairy. While ARM’s founder says the investigation proves there’s no difference between organic and conventional milk, a representative from the leading organic trade group argues that what’s really needed is stronger enforcement.

Milk became a fixture of the American diet during the first half of the 20th century, when a boom in milk production coincided with the widespread belief that milk was essential for growing strong, healthy children. Though consumption rates for milk have been on the decline ever since, many American parents still consider milk an essential part of their young kids’ diet, often insisting on organic dairy milk, even though the rest of their grocery cart may be conventional foodstuffs.

“When I grew up, I believed in the picture on the milk carton of the cow with the red barn in the background, standing in the green pasture with their baby next to them,” says Richard Couto. The founder of ARM says he previously switched from conventional dairy to organic, but now drinks only plant-based milks.

The grazing dairy cow is an icon of the American food system, but most Americans don’t know much more than that iconic image. Agritourist operations like Fair Oaks Farms are an effort to bridge the information gap, but the undercover video from ARM made that effort suddenly seem suspect. Does Fair Oaks truly inform consumers or is it just an advertisement for the agriculture industry? A representative from Fair Oaks Farms declined to comment for this story.

Are Organic Cows Better Off?

Most shoppers are thinking about health, not animal welfare, when they choose organic (though most of the evidence doesn’t support that thinking), but videos like the ones from ARM can shake up those priorities, forcing consumers to confront the reality of how their food is produced. No one wants to see animal abuse or dirty stalls and feel like they’re complicit in animal suffering.

Certified organic milk, just like all other certified organic food, must be produced in accordance with the federal regulation that sets the USDA organic standard. That regulation has a number of provisions meant to ensure proper treatment of animals, but it all begins with the premise that organic livestock animals be kept in living conditions that support their natural behaviors.

That premise isn’t new. It’s one of the core animal welfare tenets expressed in the Five Animal Welfare Freedoms first developed in 1965. Couto says conditions at Natural Prairie are a far cry from those core tenets. “The place is filthy…there weren’t enough stalls for the cows. They’re overpopulated,” he says.

In an official statement released July 26, Donald and Cheri De Jong, owners of Natural Prairie Dairy, dispute these claims, calling the video “heavily edited,” though they also admit several of the video sequences warrant further investigation. The De Jongs have now asked independent auditors to come in and conduct an investigation, the results of which were not available by the publication date of this article.

Couto says he watched the public reaction to the Fairlife investigation and saw many people promising to buy organic milk instead, a shift that mirrored his own dietary evolution. “We saw that switch and that trend, knowing that we were undercover at an organic dairy and [we see] there’s no difference.”

Today, Couto says he only drinks plant-based milk, but is quick to point out that’s not typical of his organization. “Many of us aren’t vegan or plant-based. Most of the investigators…are not plant-based, although they typically stop consuming dairy after they go undercover.” Couto eventually gave up dairy milk altogether. He objects to the fundamental practices of dairy farming, specifically, practices around insemination and weaning.

Johanna Mirenda, Farm Policy Director for the Organic Trade Association, says that the behavior alleged in ARM’s investigation is definitely prohibited under the organic standard. “These activities would be a violation,” she says, adding that enforcement of the regulation by the USDA’s National Organic Program is critical to the label’s future success. “The current framework for verifying compliance and taking enforcement action against non-compliant actions is in place, and we need to use that system,” she says.

The regulation requires that animals have access to the outdoors and clean bedding, a requirement that may have been violated by Natural Prairie, if the allegations raised by ARM are true. Organic farmers can’t rely on antibiotics to treat sick animals without having to remove the animal from production, which is why organic farming also requires strong preventative healthcare measures. “That means providing animals with a healthy feed ration to support their health…appropriate housing, and pasture conditions and sanitation practices that minimize the…spread of disease [and] reduce stress,” explains Mirenda. All of these requirements may have been violated by Natural Prairie, and should at least be investigated by the organic certifier, she says.

Enforcement, however, is the real key to maintaining consumer confidence, says Mirenda. “The certifiers are responsible for verifying…whether those operations are compliant,” says Mirenda. “[They] need to be trained and have sufficient qualifications [for] maintaining strong oversight of compliance, even in areas where the organic standards might be broad and vague, such as they are with the living conditions,” she says. It’s the certifiers that help give the organic regulation its teeth.

Where Does Your Organic Milk Come From?

Natural Prairie shows how the line between “family farm” and corporate agriculture can be a blurry one. The farm is owned by husband and wife Don and Cheri De Jong (it’s touted as a family business on the website) but it’s also a very large operation, with four locations, over 25,000 cows and plans for a new farm in Indiana that have been opposed by several environmental groups.

Natural Prairie’s operation dwarfs the typical dairy farm in states like Wisconsin or New York, regions that usually come to mind when consumers think of American dairies. But it’s now more common for milk to be produced at one of these massive dairies, and consolidation has forced many of the smaller dairy farms in Wisconsin and New York out of business.

That’s a shift happening in both conventional and organic, but Mirenda says organic regulations can help small farms by setting “a level playing field for [all] organic operators.” She points to several regulatory changes around animal welfare in organic that were scrapped by the USDA under the Trump administration, and says “[these regulations] need to be moved forward to…ensure transparency and boost consumer confidence.” Ultimately, Mirenda says she wants to see “all of those good things that will give dairy farms of all size an equal chance at participating in the organic market.”