meta A2 Milks dairy boss Geoff Babidge milks it with $18m cash out before departure :: The Bullvine - The Dairy Information You Want To Know When You Need It 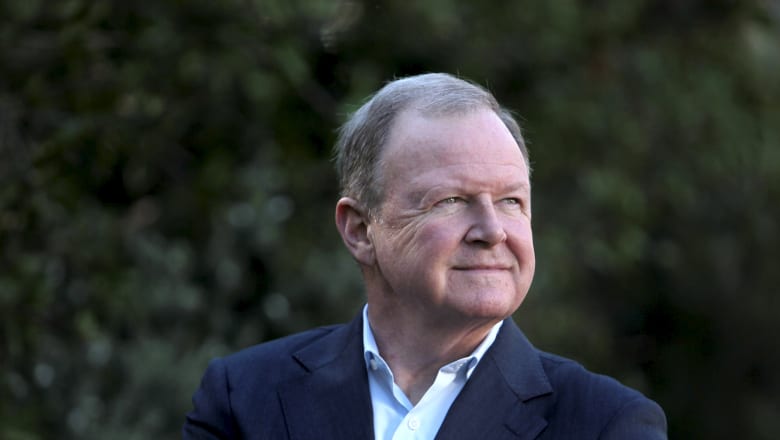 While retail billionaire Gerry Harvey was crying over spilt milk at Harvey Norman’s soured dairy investment, Coomboona, A2 Milk’s departing boss Geoff Babidge was making out like a bandit after the dairy operators breathtaking run on the stockmarket.

He sold $18 million worth of shares last week as he prepares to depart the A2 milk sheds in July this year, handing the pails to former Qantas executive, and Tennis Australia president, Jayne Hrdlicka.

“The share transactions are to maintain a balanced overall investment portfolio,” said A2 in Babidge’s change of director’s interest notice.

While the science of the A2 milk protein’s health benefits may still be regarded as dubious, no one – especially commodity milk producers – could doubt the success of its gamble on branding: The A2 Milk company is now worth around $9 billion.

Its shares were trading at 50c just three years ago and are now worth more than $12.

Babidge is not the only one rebalancing his investment portfolio after A2 Milk’s big run.

Fellow A2 Milk board member Peter Hinton sold $1.5 million worth of shares in what might be a sign that the stock is looking a bit frothy.

He sold $10 million worth of JB Hi-Fi shares before stepping down in 2010, when the stock was trading around the $20 mark, and sold his remaining 1 million shares before rejoining the JB Hi-Fi board in 2011.

Around the same time he stepped down as JB Hi-Fi’s chief, Uechtritz stepped on to the board of Kerry Stokes’ corporate mothership, Seven Group Holdings, and he used his cash from JB Hi-Fi to amass a sizeable stake in the conglomerate.

At one stage he had more than a million shares in Seven Group, more than any other director – other than Stokes of course.

Seven Group released a change of director’s interest notice from Uechtritz on Thursday reporting that he had sold more than 230,000 shares at about $19, netting him around $4.5 million.

It is no surprise that Finance Minister Kelly O’Dwyer reached into her rolodex of Liberal Party alumni to choose the first chairperson of Malcolm Turnbull’s schmick new mega financial complaints outfit. That’s what party friends are for.

But it is surprising to see how she shortchanged the new chairwoman of the Australian Financial Complaints Authority (AFCA) – Howard-era minister Helen Coonan – when it comes to her formidable CV.

Aside from her political service, Coonan’s considerable post political career was vaguely covered with mention of her board membership of Snowy Hydro Ltd, and little else.

So CBD thought we’d fill in some of the blanks.

Coonan is a veteran member of James Packer’s board at Crown Resorts which is facing a class action from investors over its handling of the China disaster that saw company employees arrested for illegally peddling gambling services in China.

A governance mess, yes, but nothing to do with the finance industry.

Coonan is also a member of the JP Morgan Advisory Council, so let’s hope it isn’t the subject of any complaints before AFCA.

She is also the chairwoman of boutique fundie Supervised Investments Australia Ltd, which does not sound ideal for the head of our new financial complaints bureau.

O’Dwyer’s staffers point out that this is a consumer, and small business, complaints service and unlikely to clash with Coonan’s other roles.

And as Coonan told the ABC on Thursday, she’s been around long enough to know how to manage a conflict of interest, in any case.

“I think we have to just be alert to the fact that you have declarations of interest when you are on any company board. You maintain these registers as a continuous disclosure. And if you become aware of any conflict: well, obviously you then deal with it by stepping aside from any decisions about that.”