meta A2 milk – What happens now :: The Bullvine - The Dairy Information You Want To Know When You Need It

A2 milk – What happens now 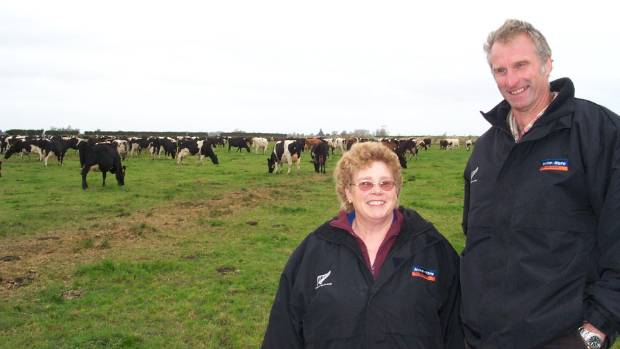 ANALYSIS: The decision by Fonterra to work jointly with The a2 Milk Company to produce A2 dairy products will have come as a shock to everyone outside the direct negotiation process. This change now throws into sharp relief the challenges for New Zealand dairy farmers in converting their dairy herds to produce A2 milk, this being milk free of A1 beta-casein.

The first decision farmers have to make is whether or not they do wish to start on the herd conversion journey. On the one hand, the Fonterra co-operative has been telling its farmer members for all of its 17-year existence that A2 is simply a marketing gimmick. So, for many farmers, the idea that Fonterra is now going to pay premiums for A2 milk will cause bewilderment.

Farmers with just a single herd are also entitled to feel some bitterness when they realise that for the next few years it will only be large farmers with multiple herds that have the capacity, through herd re-organisation, to produce A2 milk.

The exception is those single-herd farmers who began the herd conversions some 10 or so years ago, they being the “true believers” who saw merit in getting organised when the A1 versus A2 issue first received prominence.

It seems that Fonterra is still working on its farmer messaging, given that it does not want to scare the market into thinking that milk containing A1 beta-casein is inferior to A2 milk, yet it does want to get farmers to start on the conversion process.

The messaging will therefore be soft, and there will be contradictory elements to it.  On the one hand, Fonterra will be quietly telling farmers that they should consider converting their herds, and on the other hand they will be saying there is nothing wrong with A1 milk.

Those farmers who have doubts as to what they should now do may wish to note that LIC, the main provider of dairy semen in New Zealand, has also shifted its stance. From this coming season onwards, LIC will be supplying fresh A2 “bull of the day” semen for each of friesian, kiwicross and jersey breeds.  Apparently, this decision was made before the Fonterra announcement, reflecting its own independent assessment of where the future lay.

All of the major international semen companies can also supply A2 semen. I have networks with all of these companies, and they have been telling me for some time that they expected the demand was going to turn in favour of A2, and have been getting organised accordingly.

The length of the herd conversion process will depend very much on the breed of cows. LIC advice, based on DNA information held within their national database, is that 44 per cent of New Zealand friesians are A2, 53 per cent of kiwicross are A2, and about 66 per cent of jerseys are A2. These breed differences translate into considerable differences in the time that is required to achieve A2 purity.

To understand the conversion process, a basic knowledge of beta-casein genetics is needed. The first key fact is that cows carry two copies of the beta-casein gene, and there are two common variants, these being A1 and A2.  This means that cows can either be A1A1, or A1A2, or A2A2.

The second key fact is that neither variant dominates over the other. Hence, cows that are A1A2 produce a mix of A1 and A2 beta-casein. Accordingly, when we talk of cows being “A2”, this means that they carry double copies of the A2 variant and hence produce milk that is free of A1 beta-casein.

The third key fact is that a cow that is A1A2 has an equal chance of passing on the A1 or A2 variant to her calf. Hence, even when using semen that comes from bulls that are A2A2, then it is only by genetic testing of the calf that we can tell whether the mother has passed on the A1 or A2 copy of the gene.

In practice, under New Zealand conditions there is sufficient calf-swapping between cows, plus mistaken pairing-up by farmers, that all animals need to be tested in any herd where there are some A1 genes in the parent herd.

Obviously, the first step in herd conversion is to exclusively use bulls that are A2A2. But this is only the first step. By itself, this will take many cow generations to get to a pure A2 herd.

For more than 10 years, I have been advocating to farmers that they should use A2 semen so they would be positioned for the time when A2 milk commanded a premium, and A1 milk becomes discounted.  As an initial positioning strategy, that always made sense, but with premiums now emerging, additional steps are necessary for those who are serious about the herd conversion process.

Elsewhere else in the world, it is normal for farmers to select replacement calves from their first-calving heifers. But in New Zealand, most farmers do things differently, with the young heifers typically being mated naturally to young beef-type bulls while running on a dry-stock property. Quite simply, if famers are serious about converting to A2, then that will have to change.

Once a farmer has a cohort of replacement calves that are all A2A2, then that farmer is still about six or seven years away from having a pure A2 milking herd, depending on a replacement rate of at least 20 per cent a year, and progressive culling of all non A2A2 cows over that time period.

Another key decision for farmers is whether or not to buy additional A2A2 animals. However, at the industry level, animal purchases are a zero sum game, with purchases and sales balancing each other. So, this cannot solve the industry problem.

In the South Island, cows that are A2A2 have been achieving premiums of several hundred dollars for some years now owing to demand from Synlait farmers. These and possibly greater premiums will now develop nationally. Farmers will need to think strategically.

The two key situations where animal purchases can make a big contribution is where it either triggers a situation where all replacements can be A2A2, or where it allows a farmer to cull additional cows to achieve A2 purity.

So far, Fonterra has not indicated the likely price premium it will pay for milk from herds free of A1 beta-casein. In the case of Synlait, farmers receive a premium of only 20c/kg milksolids. However, Synlait farmers do not have to pay for DNA testing, and also receive an initial payment to compensate for the hassle of having to re-organise their herds. My assessment is that premiums will increase over time.

The other key decision for farmers is whether or not to do some initial DNA testing to gain an understanding of their current status. Not all farms will be average for their breed, and in practice the percentage of cows that are A2A2 could vary from less than one third for some outlier friesian herds, to somewhat over two thirds for some outlier jersey herds.  My expectation is that in future there will be multiple companies offering DNA testing for beta-casein testing, and that competition will bring down the price.

The specific decisions are undoubtedly going to vary considerably between farmers depending on their specific circumstances. However, there is a good argument that any farmer who does not at least take the first step and choose to use A2 semen exclusively is not facing the future.

Disclosure of Interest: Keith consults internationally for a range of dairy companies that hold diverse stances in relation to A2 milk.

Keith Woodford is an independent consultant who works internationally on agri-food systems and rural development projects. He holds honorary positions as Professor of Agri-Food Systems at Lincoln University, New Zealand, and as Senior Research Fellow at the Contemporary China Research Centre at Victoria University, Wellington. His articles are archived at https://keithwoodford.wordpress.com