meta A2 market value plunges $450m in wake of CEO share sell-off :: The Bullvine - The Dairy Information You Want To Know When You Need It

The value of A2 Milk Company has plunged by $450 million on Monday after its chief executive Jayne Hrdlicka sold all her shares in the company.

The ex-Jetstar head who has been in the job only two months pocketed $4.36m from the sale.

Hamilton Hindin Greene investment advisor Jeremy Sullivan said shareholders would be disappointed by the sell-off, which she has done in order to meet tax obligations.

“It’s a little unusual for a CEO of such short tenure to be selling all her shares excluding options, and the market’s reacted pretty strongly.”

On Monday A2’s share price had fallen by 5.5 per cent to $11.81. In March this year it was New Zealand’s largest company by capitalisation, when its share value hit a high of $13.99. On Monday its market capitalisation is $8.7 billion.

Writing on the Australian investment website The Motley Fool, analyst James Mickleboro said while Hrdlicka clearly had valid reasons for the sale, “I completely understand why the market would respond negatively”. 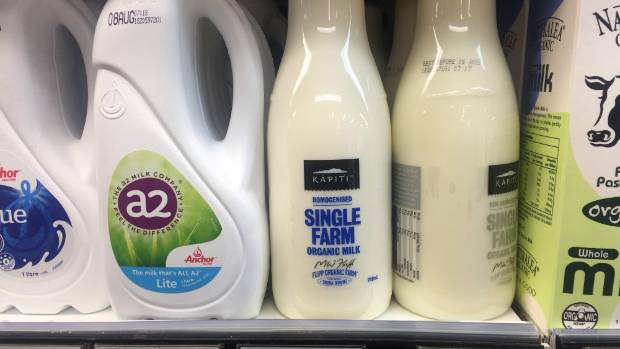 Selling for $3.99 a litre, A2 milk is the highest priced on supermarket shelves.

“The share sales by Bellamy’s Australia executives before its fall from grace a couple of years ago are likely to be fresh in the mind of investors. While I’m confident the same thing is not happening at A2 Milk Company, I can’t blame some shareholders for fearing the worst,” Mickleboro wrote.

In a statement to the New Zealand Stock Exchange, A2 said Hrdlicka had sold the 357,232 ordinary shares she received as part of her incentive entitlements.

Hrdlicka had received “time-based rights” in A2, which were a one-off transition benefit compensating her when had to forfeit incentive entitlements from her former employer as a result of her resignation to take up employment with A2.

Hrdlicka had sold the shares in order to fund tax obligations relating to the recent automatic exercise of time-based rights and fund commitments made by before taking up the A2 role.

She has preserved her right to options for 242,022 shares. 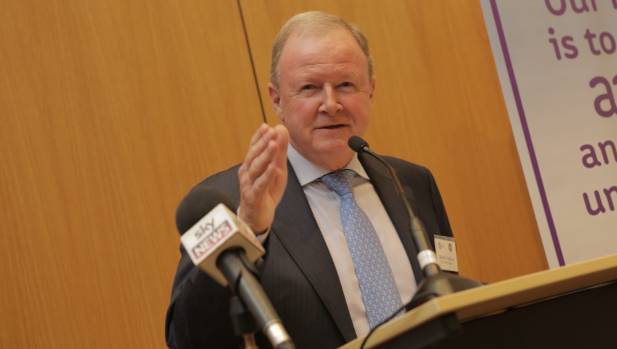 Former A2 Milk chief executive Geoff Babidge has only just recently stepped down.

Sullivan said it was not unusual for executives to have sell some of their stock because they had to pay fringe benefit tax on it.

“Sometimes you’ll sell a few to meet that tax obligation but she may have had pre-existing tax obligations prior to joining the firm. Obviously we’re not aware of what her tax position is.”

“She’s a well regarded CEO but ideally if she found another way to meet her tax obligations shareholders would have been more pleased,” Sullivan said.

Hrdlicka had followed the protocol in regards to notifying the stock market.

Sullivan said it was always good to have executives who had “skin in the game” by owning company shares, and while she had sold off a large amount, she still had options through her long term incentive plan.

A2 has supply partnerships with Synlait and Fonterra only, and distribution relationships in China and the United States. It is the premium milk brand in Australia, and is selling fresh milk in China. Last month it launched fresh A2 milk into New Zealand stores.